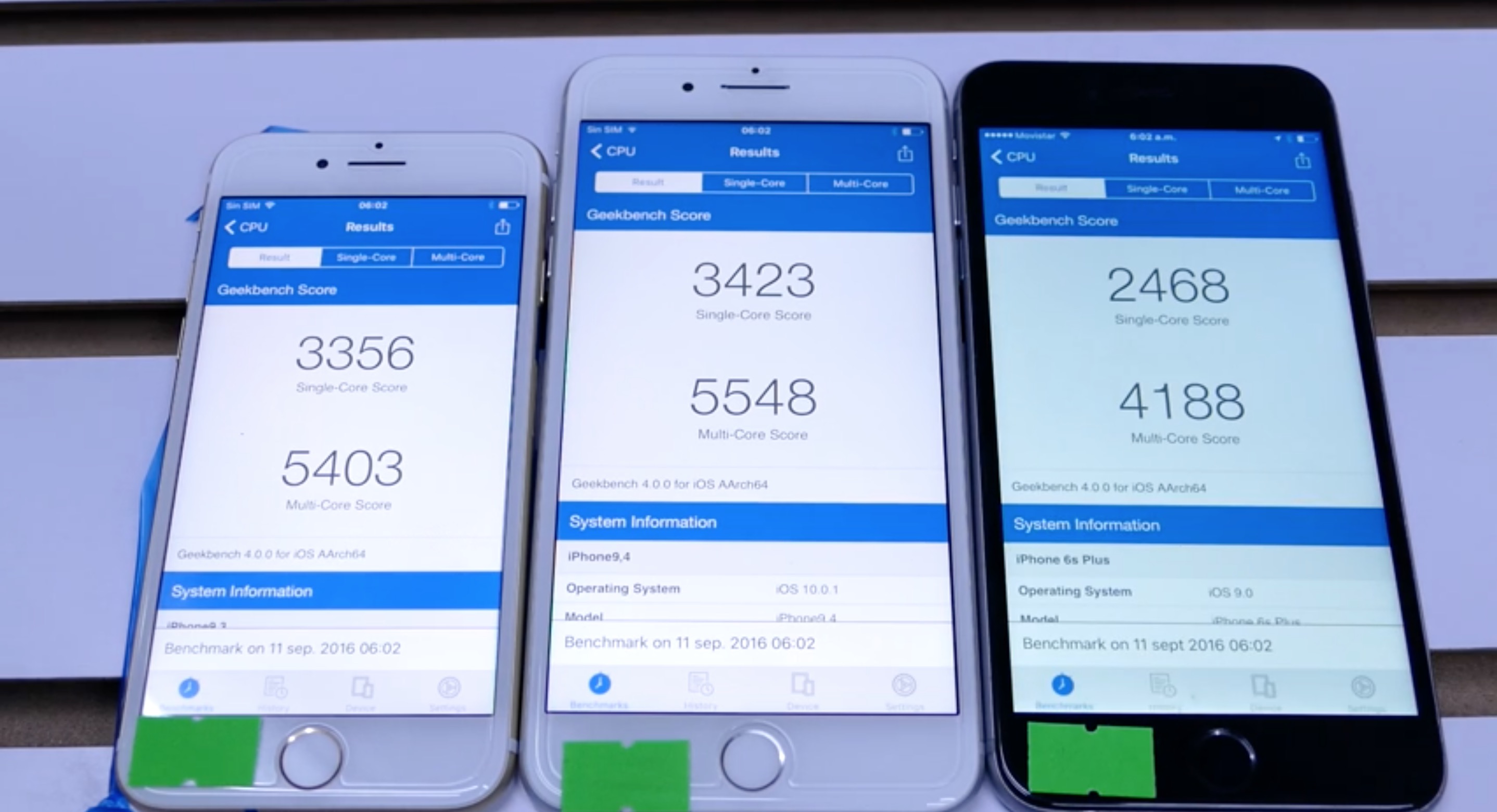 Just how fast is the iPhone 7 and 7 Plus? Very fast, if a new benchmark video is to be believed.

The video, which is in Spanish, shows an iPhone 7, iPhone 7 Plus and iPhone 6s side by side in a Geekbench benchmark test. Both new iPhones exhibit marked improvements in processing speed over the last-generation iPhone 6s.

Even if the validity of such a video is disputable, speed increases should come as no surprise. Apple has included a brand new A10 Fusion processor that’s faster than any other iOS device processor to date, including the A9X  in the 12.9″ iPad Pro. The video also seems to confirm that 3GB of RAM will be included in the larger iPhone 7 Plus.

Watch the video, which is embedded below, to see the benchmark comparison for yourself. Again, the video is in Spanish, but even if you don’t speak the language, the Geekbench benchmark is front and center.