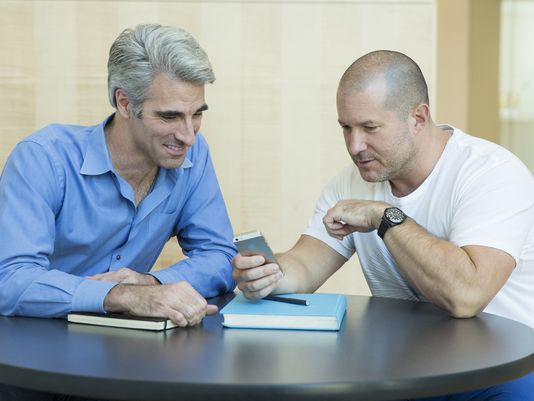 Do you think Jony Ive, Apple’s SVP of Design seen in nearly every Apple product video, carries an iPhone? One Nimrod (no really, that’s his name) writing at The Daily Dot says he chatted up Ive at a London night club where the Apple exec revealed he does not carry a phone at all. Huh?

Face-to-face, Ive is far less sure of himself than he appears in the meticulous Apple advertisements. Regardless of what I said, he kept being fixated with my name, Nimrod, as if it was a sleek new device. Sir Ive didn’t care for my surname, and didn’t want to Google me, either. Eventually, I had to Google myself in front of him to prove I’m a somebody.

Bizarrely, Ive didn’t carry a phone on him. He explained to me that, as a policy, he never carries business cards or takes someone else’s details. That seemed odd, as much bigger celebrities such as Kanye West actually asked me for my contact details when we met.

The whole account tells the story of The Daily Dot writer hanging out in a London night club where celebrities frequent and conversing with Apple’s design guru casually while showing off a BlackBerry 9900… sort of unbelievable.