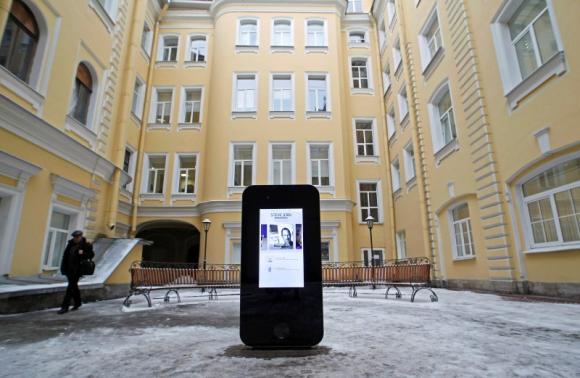 A memorial to Apple Inc founder Steve Jobs has been dismantled in the Russian city of St Petersburg after the man who succeeded him at the helm of the company, Tim Cook, came out as gay.

The two-meter (more than six-feet) high monument, in the shape of an iPhone, was erected outside a St Petersburg college in January 2013 by a Russian group of companies called ZEFS.

Citing the need to abide by a law combating “gay propaganda”, ZEFS said in a statement on Monday that the memorial had been removed on Friday — the day after Apple CEO Cook had announced he was homosexual.

Okay, more like shameful news than weird news, right? Cook published his essay on his sexuality last week which was widely applauded including by several Fortune 500 CEOs.