Why did Jimmy Fallon’s MacBook lose its Apple? 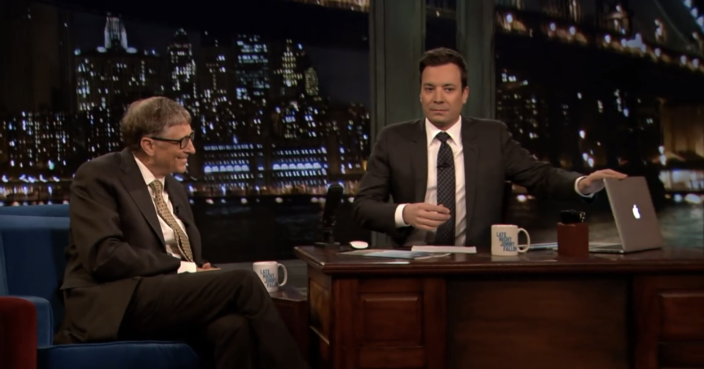 Fallon previously hosted Late Night which follows The Tonight Show on the same network. His move from Late Night to The Tonight Show included the same announcer (Steve Higgins), the same band (The Roots!), and is even located in the same building (his studio moved across the hall) at 30 Rock in New York City (after 42 years in Los Angeles).

But one thing was not the same last night…

During his run hosting Late Night, his desk was decked out with a MacBook with the illuminated Apple logo. He even referenced it awkwardly (and comedically) recently during an interview with Microsoft founder Bill Gates. It sort of provided a modern, cool factor to the set, but that MacBook is noticeably different now: the Apple logo is gone!

It wasn’t just covered up with an NBC logo or hidden behind of a cup of pens or something, and it’s not not a MacBook anymore… it just doesn’t have an Apple logo! 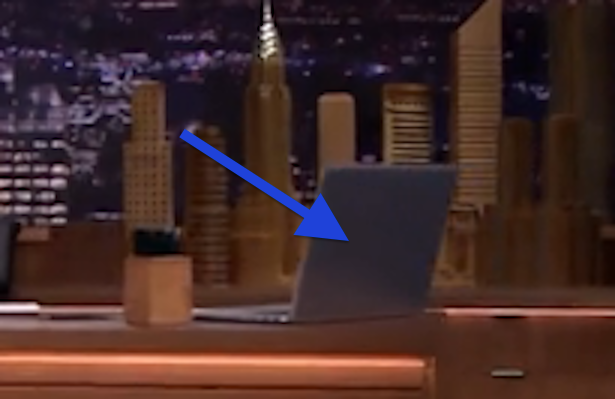 While it could just be an aluminum colored skin, it’s still curious why essentially the same show on the same network with the same host would require that deliberate change. The only thing that really changed was the time slot from 12:35 AM EST to 11:35 PM EST (up an hour).

Any guesses? Anyone? Maybe The Tonight Show and NBC had some sort of agreement that didn’t transition over in time, but why not just not have a MacBook at all? It’s not exactly crucial to the show’s function.

At any rate, I hope Jimmy gets his Apple (logo) back soon. 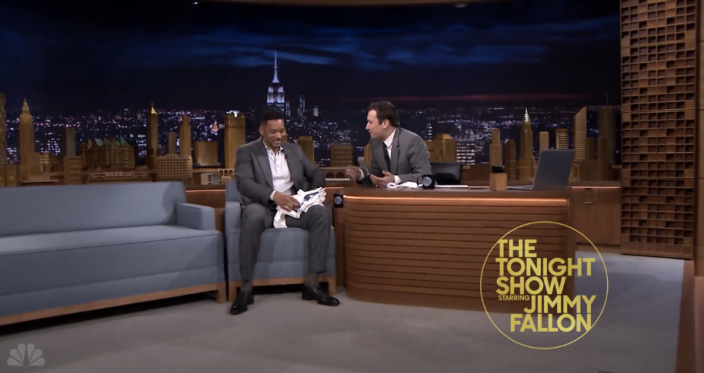