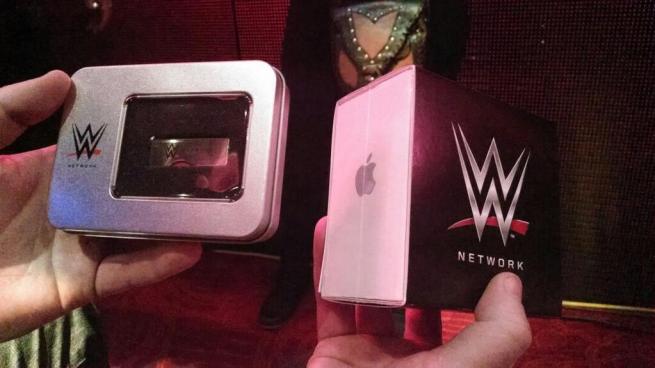 A well-known wrestling industry newsletter is reporting that the new WWE network will NOT arrive on Apple TV as previously anticipated. The real interesting part of this story is the claim that Apple is trying to get a 50% cut of subscriptions (via DaringFireball):

In related Network news, The Wrestling Observer is reporting one of the main reasons why it’s not being made available via the Apple TV is because Apple is demanding a 50% cut from all Network orders placed, whereas other streaming devices such as XBox and Roku are only taking a 30% cut.

Not only is Apple not currently taking any cut from Apple TV apps as far as I know (since there aren’t any that offer subscriptions directly from the device yet anyway), but Apple is also apparently trying to increase its usual 30% cut to 50% for content providers. The entire thing sounds a little suspect, but we’ll know for sure when the WWE network launches on Feb. 24.