Apple has just released an update for the developer seed of OS X 10.9.1. The new version has a build number of 13B35 and includes fixes for the Mail app, VoiceOver, Safari, and VPN server support. The presence of the release notes indicate that the update is nearing completion and will be available to the public soon.

This update comes just a few weeks after updates to the Mail and iBooks software were released to resolve issues with those apps. Despite the Mail app having been updated to resolve Gmail-related issues, many users are still experiencing problems. The 10.9.1 appears to contain fixes for the remaining bugs.

END_OF_DOCUMENT_TOKEN_TO_BE_REPLACED 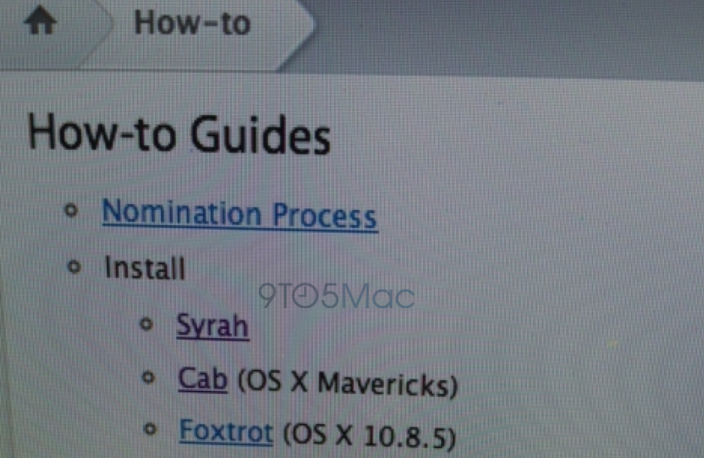 Last week, we reported that Apple has begun development of the successor to the upcoming OS X Mavericks: OS X 10.10. We reported hearing that the future operating system is internally dubbed “Syrah” (a type of wine), and now we have received evidence of the codename. Above is a screenshot of operating systems available for installation by Apple employees internally. As you can see, “Syrah” is available as an operating system newer than Mavericks and the recently released OS X Mountain Lion 10.8.5…