PSA: Bitcasa ending unlimited cloud storage, data will be deleted if not migrated by 15th Nov 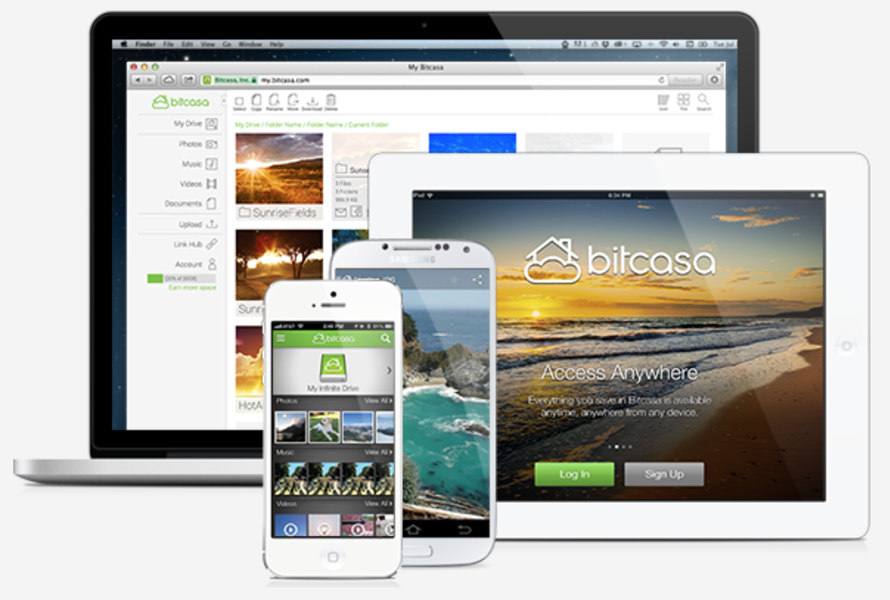 The (almost) free lunch promised by Bitcasa of unlimited cloud storage for just $99/year is coming to an end, and the company has also informed users that they will need to manually migrate all data to a new backend by 15th November or it will be deleted.

Bitcasa was able to offer low-cost “infinite storage” because it figured that most users would have only a relatively small proportion of unique content. As I mentioned in my comparative review:

The company estimates that most people have no more than 25GB of unique content on their computers, the rest – music, movies, etc – being content held in common with other people. For that data, Bitcasa stores only one copy of the file, with the rest of our backups containing a pointer to it.

But, says, Bitcasa, some people have been “abusing” the facility, which seems to be a reference to businesses storing large quantities of data in what is supposed to be a personal account.

While that may seem understandable, what is rather less so is giving users such a short time to migrate their data before it is lost, especially when the company’s support document recommends that people do this one folder at a time.

We recommend that you do not drag all your files and folders at once. Instead, drag one folder at a time and wait for it to complete before moving onto the next file/folder.

Those on unlimited subscriptions are being offered a choice of 1TB for the same $99/year, or 10TB for a rather eye-watering $999/year. The company says that only 0.5% of its subscribers have more than 1TB of data.

There is an attempt on Reddit to start a class-action lawsuit against the company.