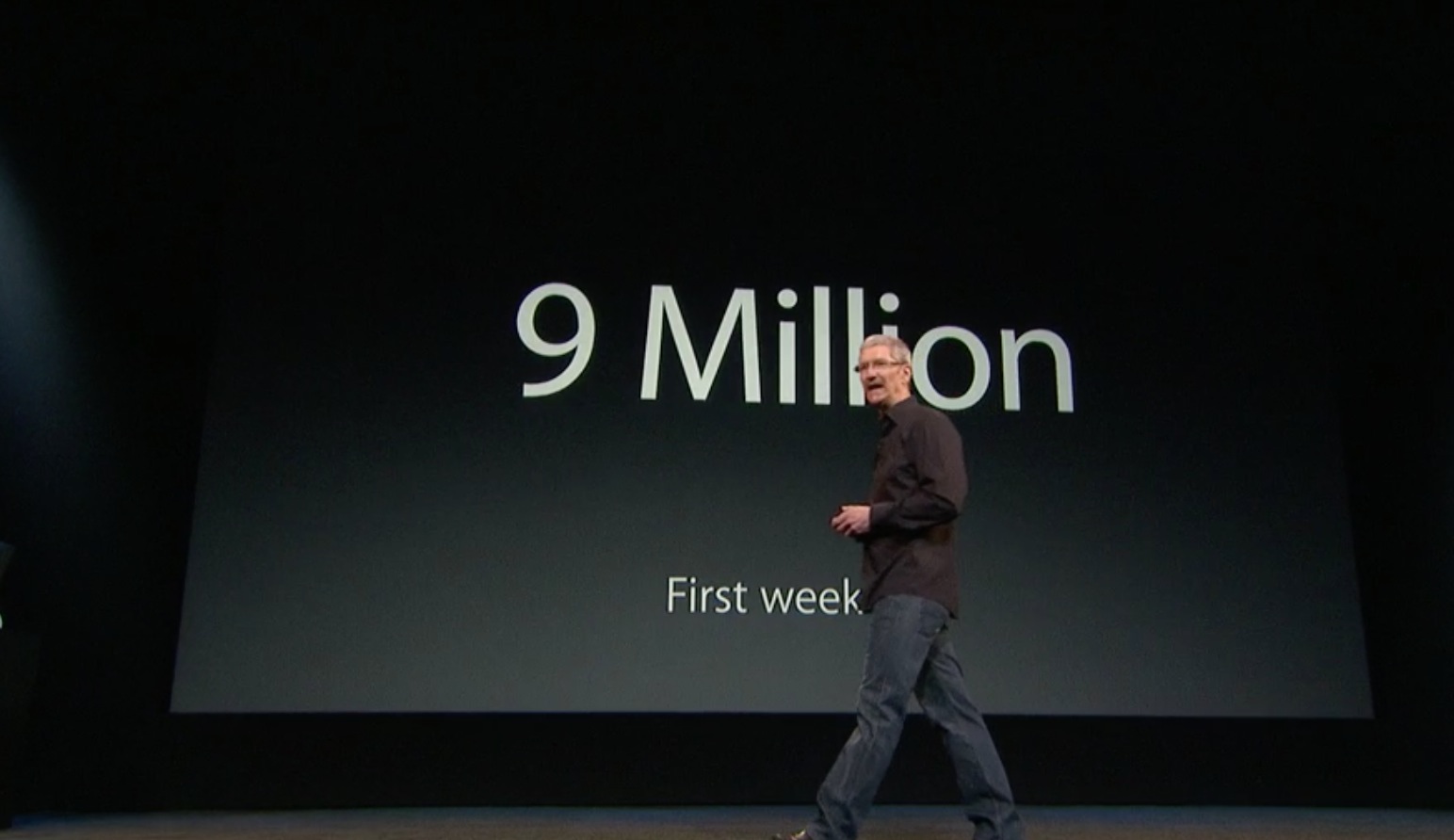 Keeping with tradition, Tim Cook kicked off Apple’s iPad event today by giving us an update on some of the company’s core businesses and accomplishments since last checking in. Below is a roundup of the numbers and stats that Cook shared on stage today during the event including updates on the new iPhones, iOS 7 adoption, iTunes Radio, and the App Store: