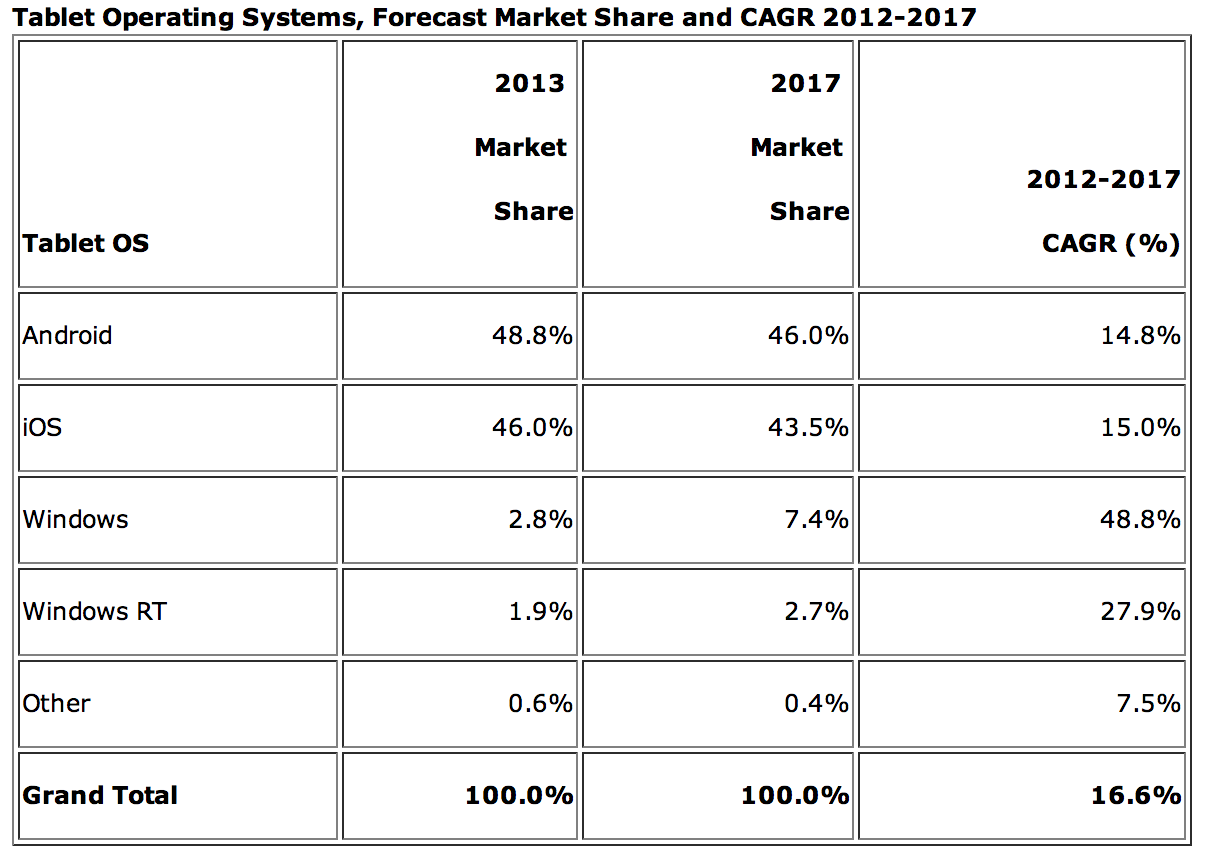 Research firm IDC is out with an updated 2013 forecast for worldwide tablet shipments today and, on top of increasing its prediction from 172.4 million units to 190.9 million for the year, claimed Android tablets would continue to grow and cut into Apple’s market share. IDC said Android will capture 48.8-percent of the tablet market by operating system by the end of the year, while Apple is estimated to take home 46 percent. That’s down from 51 percent of the market for Apple in 2012 and just 41.5-percent for Android in IDC’s previous forecast. IDC estimated tablets in the 8 inches and below category will continue to grow and expects Windows tablets to increase from 1 percent to 7.4-percent by 2017 at the expense of iOS and Android: