T-Mobile has today unveiled what it hopes will be the next-generation of network maps, breathing new life into the carrier coverage maps of old. T-Mobile says that its new “Next-Gen Network Map” is the industry’s first crowd-sourced map, and reflects “near real-time customer experiences.”

Following last week’s launch, U.S. carrier T-Mobile has begun airing its second TV ad for the iPhone 5. It is of similar style to the first ad as it explains T-Mobile’s new no-contract approach. Thanks, Matthew! 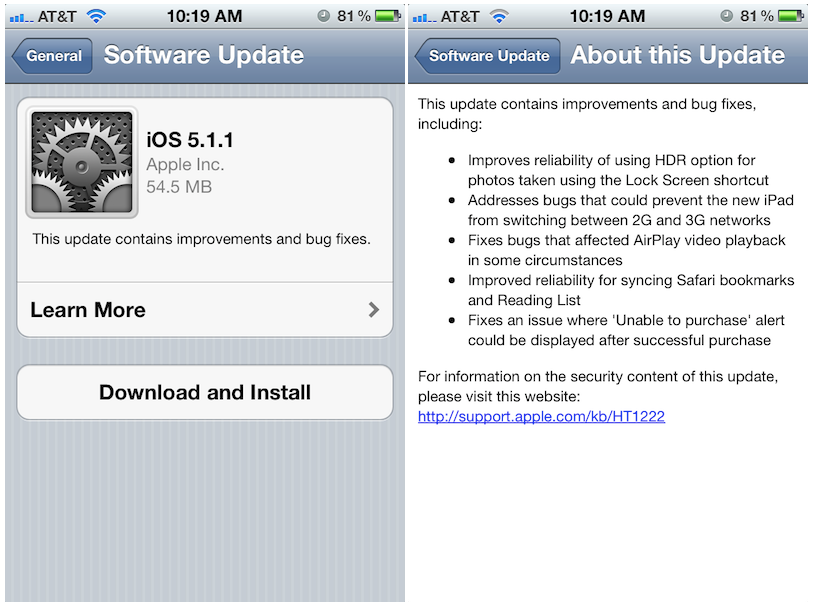 Apple just released iOS 5.1.1 (build number 9B206) for iPad, iPod touch, and iPhone. As you can see from the release notes above, the 54.4 MB update includes: improved reliability for the HDR option when accessing the camera app from the lock screen and a number of other fixes for bugs affecting AirPlay video playback; the ability to switch between 2G and 3G networks on third-gen iPad; and, an “Unable to purchase” alert.

-Addresses bugs that could prevent the new iPad from switching between 2G and 3G networks.

-Fixes bugs that affected AirPlay video playback in some circumstances.

-Fixes an issue where ‘Unable to purchase’ alert could be displayed after successful purchase.