Review: Aukey’s PB-N30 is the first iPhone external battery with a female Lightning port, but does it matter? 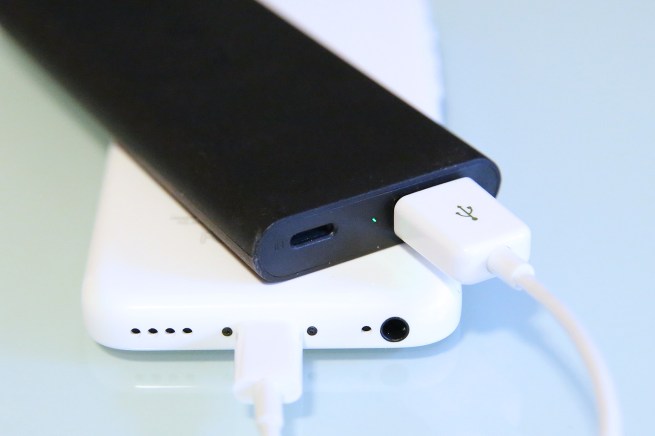 When the first iPhone 6 battery cases hit the market late last year, one 9to5Mac reader commented repeatedly that he was holding out for something with a female Lightning port on the bottom, rather than the currently ubiquitous alternative, micro-USB. Why would anyone care? Well, if an accessory can recharge using Lightning, the same charging cable you get with any iPhone can be used with its accessories, too. That means you’ll have one less cable to carry around, a convenience that inspired Apple late last year to offer accessory developers access to female Lightning connectors.

The rollout has been slow: there’s still no Apple-authorized accessory with a Lightning port, since Apple was still only previewing the feature early this year. But a developer called Aukey decided not to wait for Apple’s seal of approval. As of this week, it’s selling what it claims is “the first and the only portable charger in the world with Apple Lightning input port,” the PB-N30 3600mAh External Battery Charger ($36, sold on Amazon for $15). Given the low price, it’s no surprise that there are a bunch of caveats to consider, but if you’ve been jonesing for a battery with a Lightning port, now you have an option.