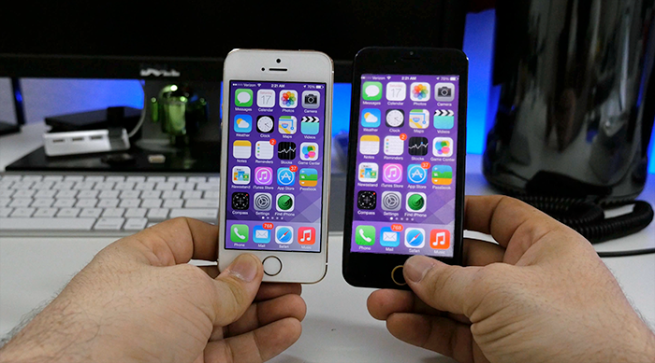 Over the past couple of months, it’s been rumored that Apple’s iPhone 6 will feature a larger 4.7-inch display. Several mockups and schematics have appeared online that mimic this rumor, but we won’t have confirmation until Apple announces the iPhone 6 later this year.

Instead of waiting for the rumors to be confirmed, we thought it would be fun and useful to create a physical iPhone 6 simulator. Doing so, would give us an idea of what iOS would look like if it were running on a 4.7-inch display…