Report: Apple bumps Android from top spot in US smartphone market on strength of iPhone 5 sales 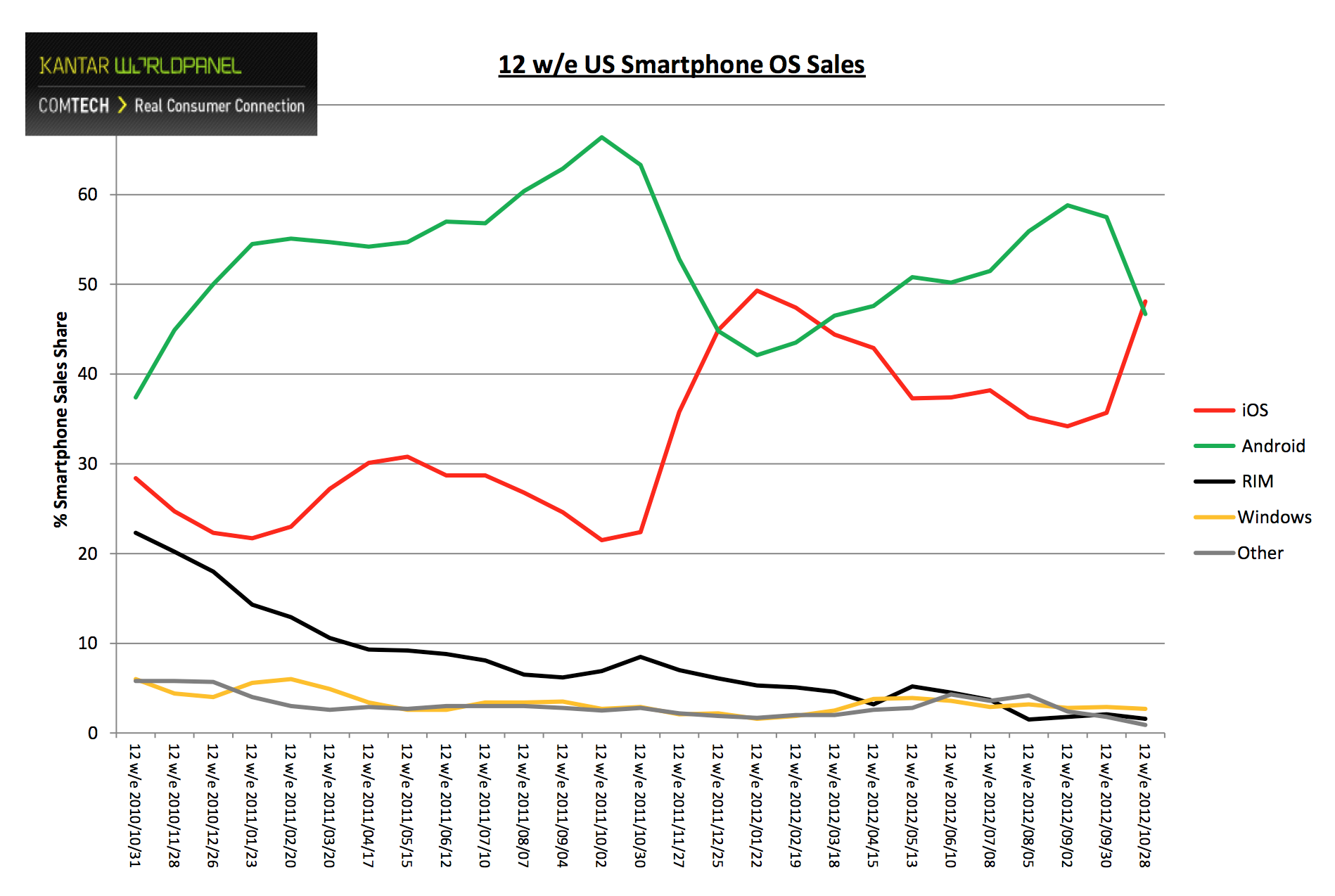 On the strength of iPhone 5 sales, iOS has once again reached the top spot for smartphone market share in the United States, according to new data from Research firm Kantar Worldpanel Comtech (via Reuters). According to the report that tracked smartphone sales over the last 12 weeks ending Oct. 28, iOS now accounts for 48.1-percent of the U.S. smartphone market. That’s up 25 percent year-over-year, and it officially bumps Android into second place, but is still just shy of the record 49.3-percent it was able to capture earlier this year.

Android was down from 63.3-percent marketshare over the same 12-week period last year to just 46.7-percent today. As for the rest of the world, you can see from Kantar’s data for other countries in the chart below that Android still dominates in most other countries, including: 54.2-percent of the market in Britain, 81.7-percent of the market in Spain, and 73.9-percent in Germany.

Dominic Sunnebo, global consumer insight director at Kantar Worldpanel ComTech, comments: “The last time we saw iOS overtake Android in the US was when the iPhone 4S was released and Apple managed to retain its lead for three consecutive periods. This time we predict that Apple will beat its previous high of 49.3% and achieve its highest ever share of the US smartphone market within the next two periods.”