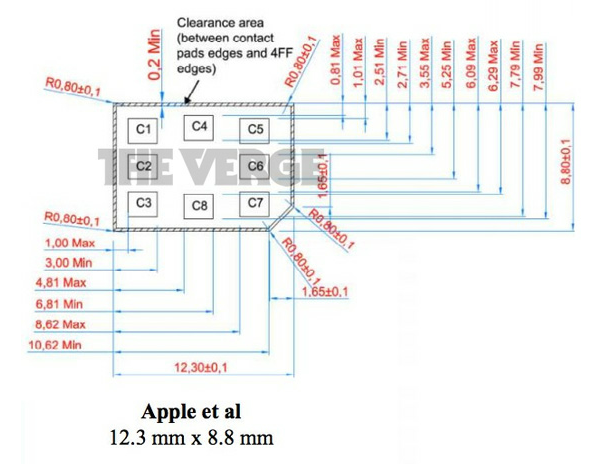 We already knew that Apple is pushing hard to have the European Telecommunications Standards Institute select its nano-SIM card design over competitors like Nokia and Motorola, who proposed their own alternative design with RIM. While it was rumored that Apple had support from the majority of European operators, the ETSI confirmed today that it has selected a form factor for the new 4FF SIM Card:

The fourth form factor (4FF) card will be 40% smaller than the current smallest SIM card design, at 12.3mm wide by 8.8mm high, and 0.67mm thick. It can be packaged and distributed in a way that is backwards compatible with existing SIM card designs. The new design will offer the same functionality as all current SIM cards.

The announcement from the ESTI does not flat-out confirm Apple’s design was chosen, but we are able to confirm that the new form factor does match up nicely with measurements of Apple’s proposed design thanks to a little bit of investigative work courtesy of The Verge. Unfortunately, Nokia and Motorola’s proposed design had almost identical dimensions. We will have to wait for more official information on the new standard from ESTI before we know for sure that Apple’s design was selected.

The ESTI explained the standard would be published in its TS 102 221 specification: