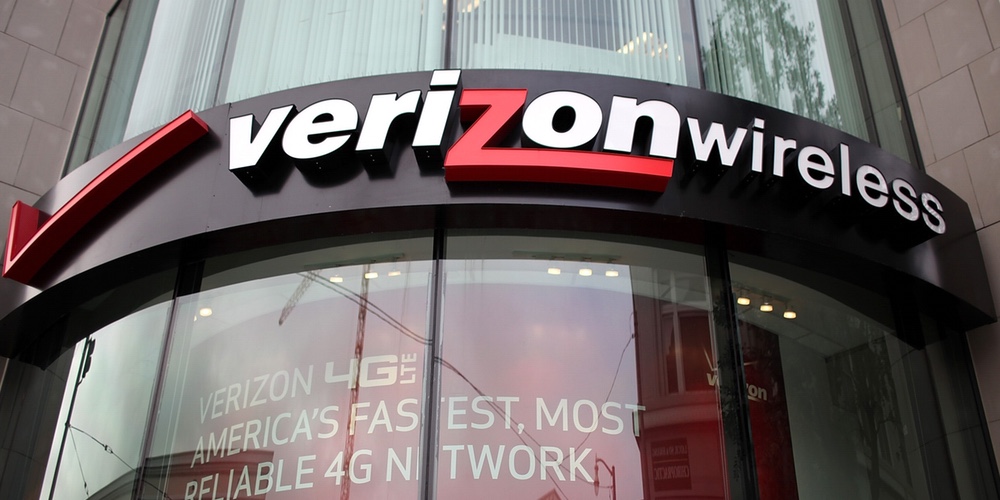 Verizon iPhone users still clinging on to their grandfathered unlimited data plans will shortly face a $20 price hike. The wireless carrier confirmed to CNET that it plans to raise the price of its old unlimited plan, meaning grandfathered customers will face a monthly data plan charge of $49. The price increase will take place once each individual contract expires…

END_OF_DOCUMENT_TOKEN_TO_BE_REPLACED

T-Mobile’s mission to change the entire U.S. wireless industry took another step forward this morning. In an Uncarrier Amped move dubbed ‘Mobile without Borders‘, T-Mobile announced that it will offer its American customers free telephone call roaming to and from Mexico and Canada. For the first time, it will also include free 4G LTE data. Postpaid, prepaid and business customers will be able to make use of it from Wednesday, July 15th. It’s a killer move, and effectively erases the virtual borders between the U.S. and its neighboring countries.

Unlike the current Simple Global feature, when a T-Mo subscriber crosses the Mexican or Canadian borders, they won’t be reduced down to EDGE speeds. They retain 4G LTE connectivity seamlessly, providing there is LTE coverage in that area. T-Mo partnered with carriers in those two countries to pull this move off. There’s only one small asterisk — the feature is being offered in specific cities within Canada and Mexico — as discussed below…

END_OF_DOCUMENT_TOKEN_TO_BE_REPLACED

T-Mobile has today unveiled what it hopes will be the next-generation of network maps, breathing new life into the carrier coverage maps of old. T-Mobile says that its new “Next-Gen Network Map” is the industry’s first crowd-sourced map, and reflects “near real-time customer experiences.”

END_OF_DOCUMENT_TOKEN_TO_BE_REPLACED

AT&T is scrapping its plans to offer in-flight 4G LTE connectivity services to airlines and passengers in business and general aviation. The company originally planned to build an air-to-ground network across the US to take advantage of spectrum that it already owned.

END_OF_DOCUMENT_TOKEN_TO_BE_REPLACED

Verizon has been throttling unlimited 3G data subscribers for years now, but never 4G LTE users. Until today, when they announced this morning that beginning October 1st, the top 5% of 4G LTE data users who coincidentally meet a series of other factors will get throttled. According to DroidLife, a recent report showed that over 20% of Verizon data users were still on an unlimited data plan, so it’s no surprise that Verizon would want to push these users to a tiered data plan.

END_OF_DOCUMENT_TOKEN_TO_BE_REPLACED 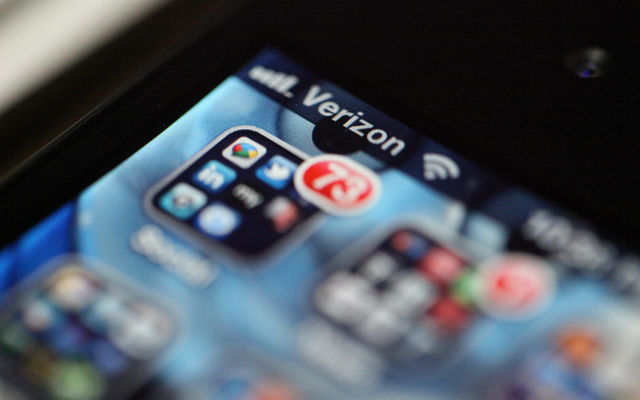 Speaking at a conference with investors this morning, Verizon Wireless CFO Fran Shammo revealed that Verizon would roll out its LTE network completely by mid-2013. FierceWireless reported today’s timeline is six months earlier than previous estimates released by Verizon. Verizon’s LTE network will match its 3G CDMA coverage area once the rollout is complete. Additionally, Shammo commented on the early problems the LTE network suffered. However, he said with over 80 percent of the country’s population now covered, it is now stable. According to Big Red’s latest numbers, 14.9 million LTE devices are currently on the network.

Shammo also revealed today that the company’s new Share Everything data plans introduced in late June now makes up 13 percent of current Verizon customers. The shared data plan allows customers to share data with up to 10 devices through a single account. [FierceWireless]

END_OF_DOCUMENT_TOKEN_TO_BE_REPLACED

T-Mobile USA: ‘Our 4G network will be compatible with a broader range of devices, including the iPhone’ 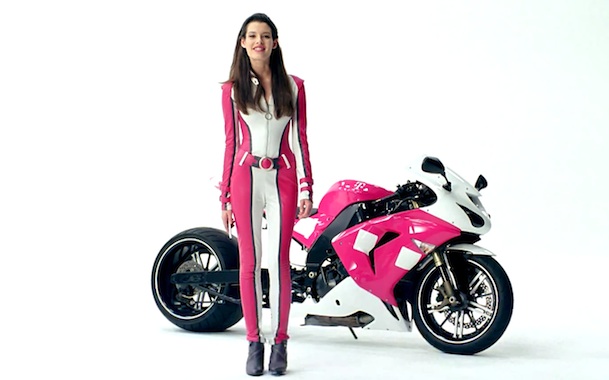 T-Mobile USA executives are talking reinvigorated challenger strategy and the carrier’s Chief Technology Officer Neville Ray (whom we interviewed last month) just confirmed that its 4G network, being deployed in 2013, “will be compatible with a broader range of devices, including the iPhone.” He also warned T-Mobile “will continue to need more AWS spectrum to support a deeper LTE rollout.” Luckily, the carrier walked away from that failed AT&T merger with not only $3 billion but also some AWS spectrum.

Basically, in addition to its 1700MHz AWS band, the carrier will also use the 1900MHz band for HSPA+. This will result in a faster 84MBps HSPA+ service and iPhone compatibility because Apple’s handset utilizes the more common 1900MHz frequency band. Following the network reconfiguration, users of unlocked iPhones should be able to enjoy true 3G HSPA+ speeds on T-Mobile USA’s network.

Chief Executive Officer and President Philipp Humm stressed he wants his company known for “4G services, 4G devices and a great 4G network.” T-Mobile will re-launch its brand at some point and reposition as the Best Value in Wireless. As for the prospect of landing the iPhone this year, Humm said there is “nothing new to report,” and he argued such a deal would require “right terms” —a notion shared by U.S. Cellular.

END_OF_DOCUMENT_TOKEN_TO_BE_REPLACED

Update: We’ve been told by a source at AT&T that those micro-SIMS are for the forthcoming Pantech Burst and Element which are also on the way to AT&T this week.

A new batch of Micro-SIMs arrived at AT&T stores. We would normally pass on the news—if those were normal non-miniaturized 4G LTE Micro-SIMs. Based on an anonymous tip, Phone Arena noted AT&T now getting LTE Micro-SIM cards “could be an indication that the next iPhone will finally support 4G LTE connectivity.” If you ask us, those are likely for the Nokia Lumia 900 that is hitting the AT&T network on March 18.

Granted, it is not entirely out of question that AT&T LTE Micro-SIMs are in anticipation of a sixth-generation iPhone that is presumably scheduled for an announcement this summer. Apple was the first major handset maker to switch to tiny 3G SIM cards with iPhone 4, which was a move born out of necessity due to space constraints in the 9.3mm device. The iPhone 4/4S are the only Apple products compatible with the Micro-SIM standard.

END_OF_DOCUMENT_TOKEN_TO_BE_REPLACED 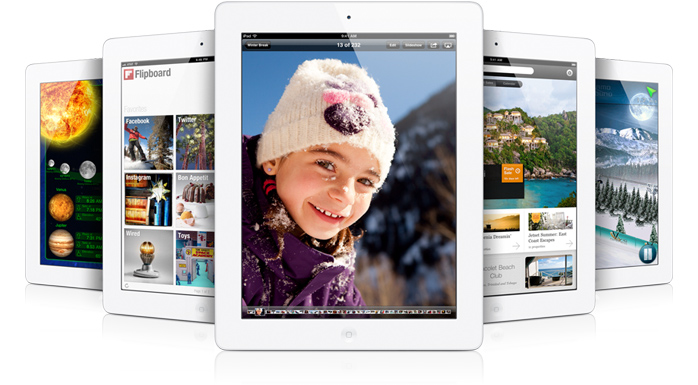 UPDATE [Thursday, December 1, 2011 at 8:50am ET]: Carrier NTT DoCoMo has issued an official statement addressing the Nikkei Business report, included at the end of the article.

According to the Japanese blog Macotakara, which relayed a Nikkei Business story, Apple is gearing up for a 2012 release of both 4G LTE iPhone and iPad on NTT DoCoMo, the predominant mobile phone operator in Japan. According to the machine-translated article:

NTT DOCOMO releases iPad for LTE in the summer of next year and releases iPhone for LTE by autumn.

The Fall 2011 timeframe for a 4G LTE iPhone 5 sounds right as it’s about a year since the October 14 debut of iPhone 4S. The carrier’s president Takashi Yamada and vice president Kiyoyuki Tsujimura allegedly met with Apple CEO Tim Cook mid-November to discuss the deal. They reportedly “agreed in principle” to sell both the next-generation iPhone and iPad. The executives apparently pinned down the rules of the game at the meeting, including order commitment.

The first generation of LTE chipsets force a lot of design compromises with the handset, and some of those we are just not willing to make.

The Wall Street Journal reported mid-November that negotiations with carriers in Asia came to a standstill because Apple was requiring iPhone sellers to commit to too large a volume. Additionally, NTT DoCoMo wanted to control what software goes on users’ iPhones, a concession Apple was unwilling to make.