iOS 6.1.1 build 10B145 being rushed to address 3G performance and enterprise concerns, some carrier testing completed 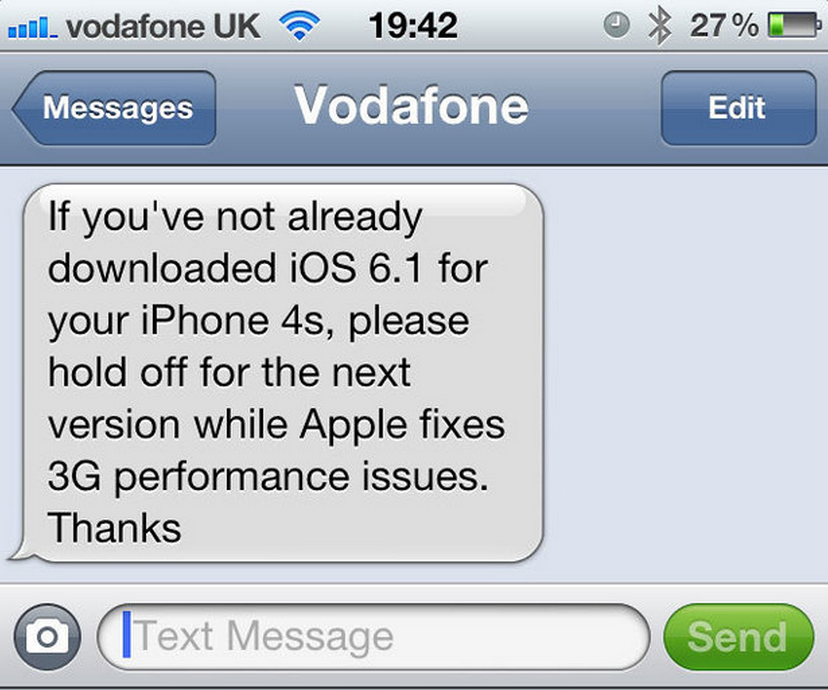 Following reports about some carriers in Europe issuing warnings not to upgrade to iOS 6.1 due to issues with 3G performance, it seems a fix is already in the works. The issue was not just with 3G through carriers such as Vodafone and three in Austria, many users in Apple’s own forums complained of similar problems, degraded battery life, and more. Users have also had problems with Exchange support, causing AOL corporate to temporarily disable the ability to manage mobile meetings from iOS devices running iOS 6.1.

Today, a report from German language blog iFun claimed that carriers have already completed testing a 6.1.1 update to address the bugs and a 23MB update carrying build number 10B145 should be available over-the-air soon:

After ifun.de this information is already in version 6.1.1 of the night on Monday as “Testing Complete” and should be offered the iPhone community with little flow as a wireless update. Sources which are applicable in the past on the issue dates of iOS 6.0.2 and iOS 6.1 as well as the eradication of the “SMS spoofing problem” have informed, indicate the large 23MB update with UMTS-compatible.

Apple’s first beta release for 6.1.1 was released last week with build number 10B311.