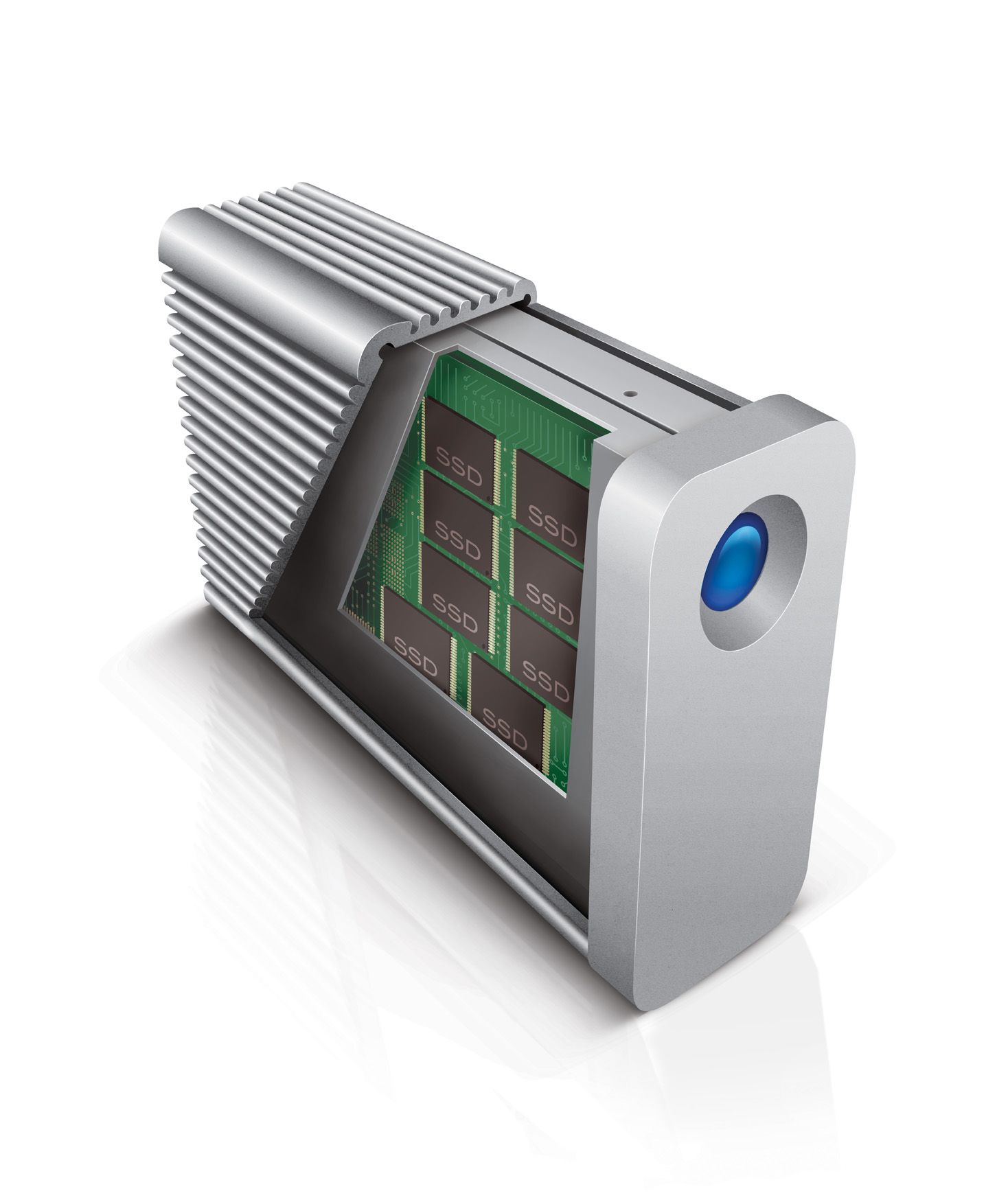 LaCie issued a press release today announcing an update to its Little Big Disk Thunderbolt series that now includes a pair of 2.5-inch SATA III SSDs. The new Little Big Disk provides read speeds up to 635MB/s, according to the company, approximately a 33 percent increase from the previous generation. It is also capable of daisy chaining up to six devices via its dual Thunderbolt ports:

The product features a pair of 2.5” SATA III SSDs. A RAID array can be configured using the Mac OS Disk Utility for performance (RAID 0) or security (RAID 1). It supports daisy chaining up to six compatible devices such as displays and other peripherals.

An example of just how quick the it is: LaCie said the new Little Big Disk can transfer a 50GB project in under two minutes or edit six uncompressed 422 streams simultaneously… END_OF_DOCUMENT_TOKEN_TO_BE_REPLACED