Some LTE iPads getting delivered as early as Friday, Nov. 16 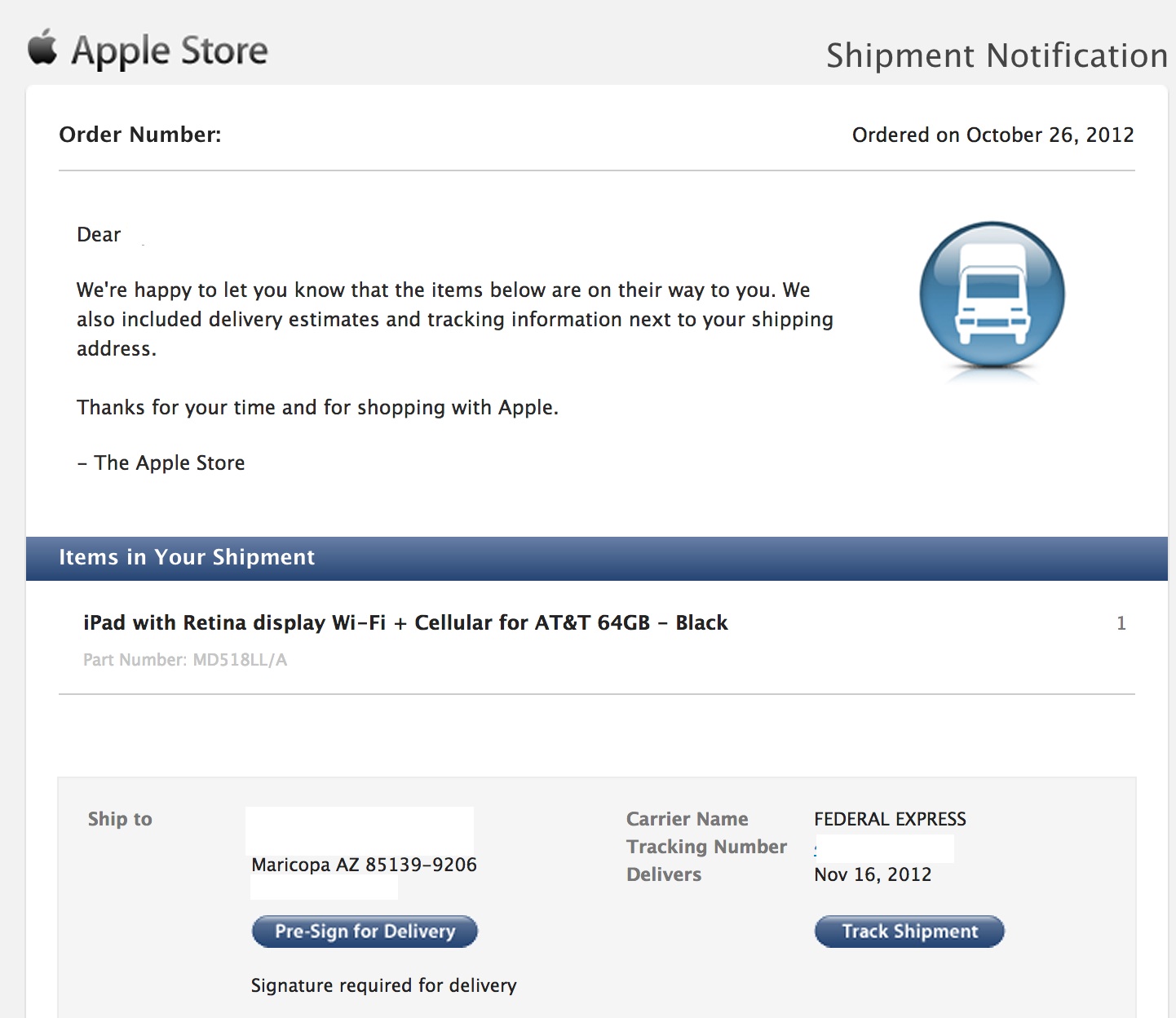 Late last week, Apple started notifying customers that orders of LTE iPad minis would begin shipping within 5 business days. Those same customers were also reporting updated shipping times ranging from Nov. 21 to Nov. 23. As for the new iPad 4 with Retina display, Apple recently updated its website with an estimated shipping time of “7 business days,” but today we get word from several readers that existing orders of the device are set to arrive as early as Nov. 16.

The actual arrival time of the iPad 4 with LTE is a moving target, with earlier reports pointing to next week. However, with the release of the LTE iPad firmware on Apple’s servers on Nov. 8, it is likely that the review units are already in reviewers’ hands. So, a release this week isn’t out of the question.

The Nov. 16 date would line up nicely with Apple’s original promise to ship the LTE models of its new iPads within roughly 2 weeks of the Nov. 2 Wi-Fi-only launches. It looks like Apple might not be able to get out new orders of LTE iPad minis as quickly as the iPad 4, however, as its website currently lists the LTE capable minis as shipping in “2 weeks”.

Other rumors have also pointed to a Nov. 16 launch of in-store sales of the new LTE iPads at AT&T.

We’re sure to hear more. Another image below: