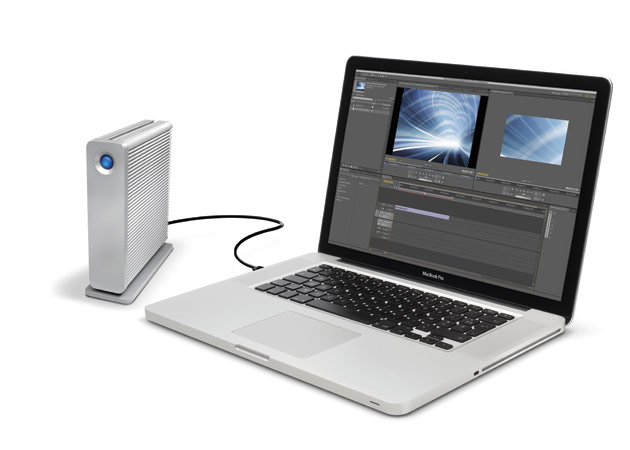 LaCie announced today that it is releasing a refreshed version of its best-selling hard drive with USB 3.0 and Thunderbolt connectivity. Known as the LaCie d2 USB 3 Thunderbolt series, LaCie is offering a 3TB model for $299.95 and latest 4TB 7200rpm hard drive option for $399.95.

According to LaCie, the new d2 offers speeds up to 180MB/s:

Get the fastest speeds available on Mac and PC thanks to the USB 3.0 and Thunderbolt ports. The LaCie d2 performs at speeds up to 180MB/s, twice as fast as FireWire 800 and nearly four times faster than USB 2.0. These speeds allow the user to transfer a 10GB project in less than one minute, back up a computer in record time, easily edit video in demanding applications and browse through photo libraries without delay. Plus with 256-bit AES encryption the data is always secure.