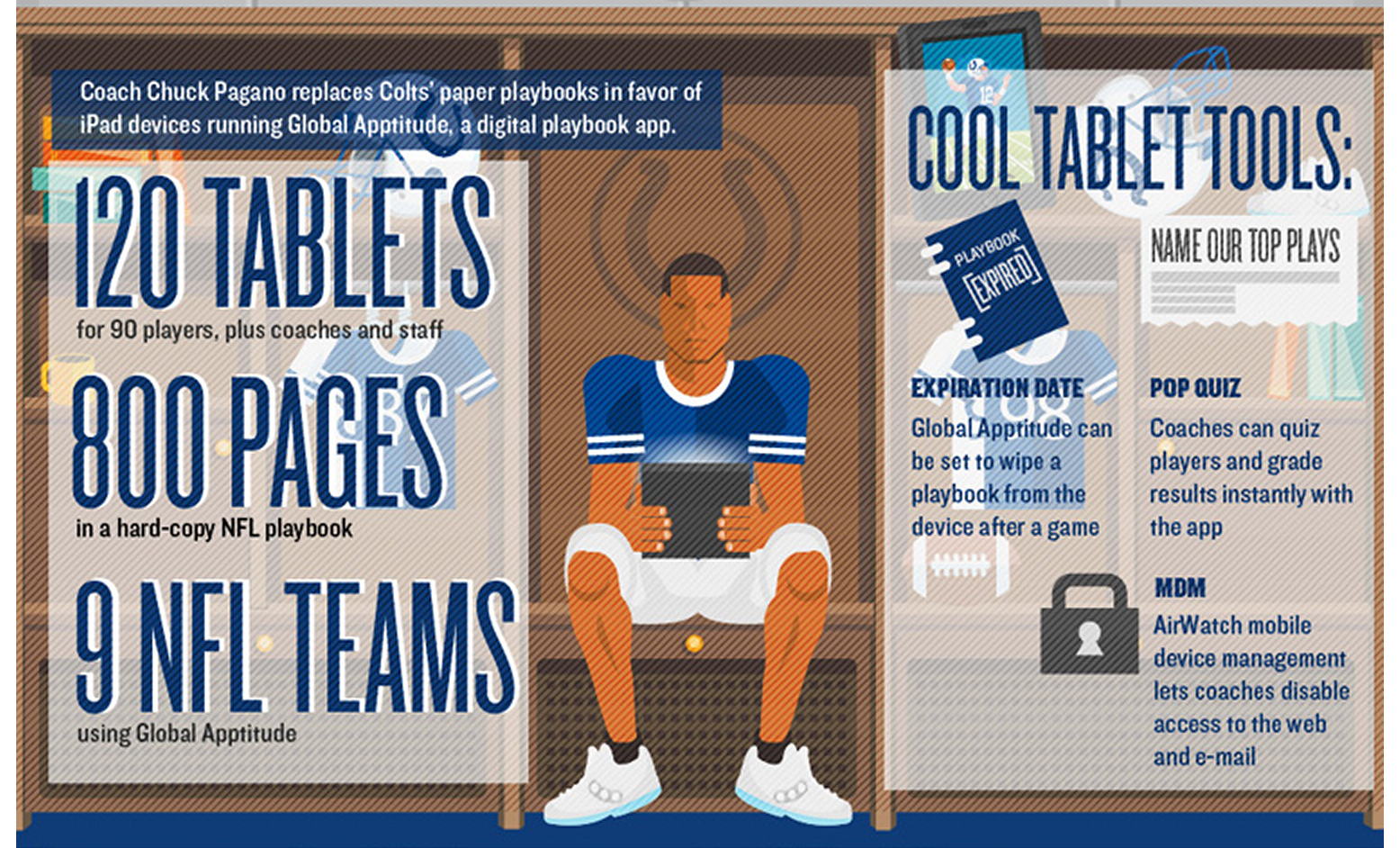 In April, when the Denver Broncos swapped out its traditional 500-page playbooks for iPads, we heard rumors that other teams were considering making the switch as well. Other professional sports teams have followed, one of which is the Indianapolis Colts. BizTechMagazine has an interesting piece profiling the team’s purchase of over 120 iPad 3s as playbook replacements for both players and coaches:

“Pagano feels it’s a competitive advantage to give players all the information at their fingertips and for them to learn in a way they have grown accustomed to,” says Ryan Fannin, the Colts’ director of football information systems. “It’s not about pen and paper anymore. We are able to tie a video with a diagram of a play. It helps players learn, and it’s a huge benefit for the team.”

The team also provides game films and video of their practices over streaming video, allowing players to review game and practice footage on their iPad devices. In past seasons, Colts players primarily watched game film using specialized computer equipment at team meeting rooms at the Colts’ practice facility. “It’s much easier,” Fleener says of the iPad ­devices. “You can watch from home.”

When players log in to their devices from the practice facility or from home, they can download the latest playbook from their coaches as well as daily practice schedules, travel itineraries, motivational notes and strategic tips from their position coaches, Fannin says. The digital playbook is more than a PDF. With the app, players can select categories of plays. Coaches can also attach a video to a specific play, so players can see the play in motion.