Benchmarks for SSDs and USB 3.0 performance in new MacBooks 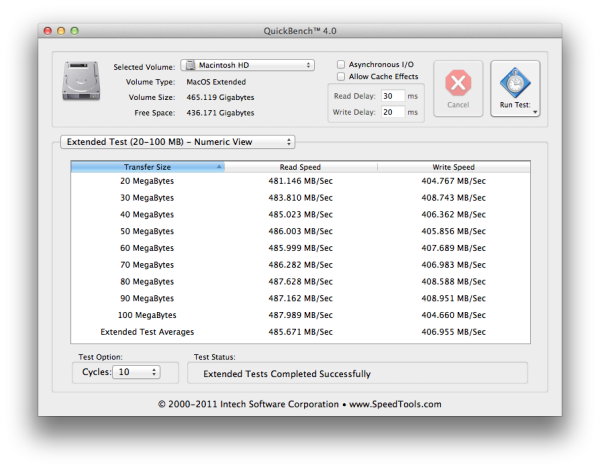 Even before Apple’s unveiling of the all-new Retina MacBook Pros, refreshed previous-generation MacBook Pros, and MacBook Air lineups today, we knew most of Apple’s new Macs would receive performance improvements courtesy of new SSDs and USB 3.0. We are now getting our first look at benchmark data for the two new features—thanks to a Retina MacBook review unit benchmarked by AnandTech.

As for SSDs, we told you before that the new MacBook family would probably receive Samsung’s speedy 830 series. AnandTech’s report seems to narrow down the 830 series as the most likely scenario noting his review unit appears to be running a Samsung drive approaching read speed of 500MB/s, and writes close to 400MB/s:

The same updated SSD is present across all of Apple’s lineup: from the MacBook Air to the next-gen MacBook Pro. Based on the model number in Apple’s System Report I’d guess my review sample features a Samsung based drive… I ran a few tests using Quick Bench to validate Apple’s claims. In general it looks like read speed approaches 500MB/s, while sequential writes are closer to 400MB/s 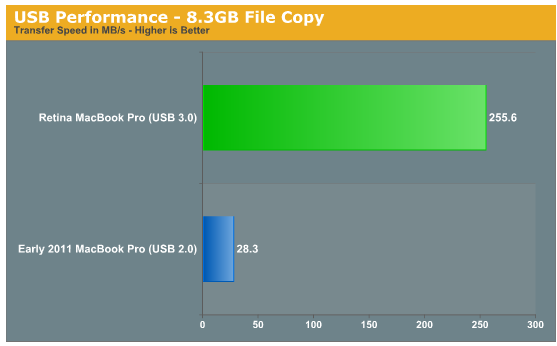 When it comes to initial benchmarks for USB 3.0 performance, the chart to the right speaks for itself by showing a remarkable jump in performance over USB 2.0 on the early 2011 MacBook Pro:

USB 3.0 performance is much improved over the previous generation MacBook Pro. I used an Apricorn SATA to USB 3.0 adapter to measure copy time to/from a 512GB OCZ Vertex 4 SSD. The performance gap between USB 2.0 and 3.0 is nothing short of significant. 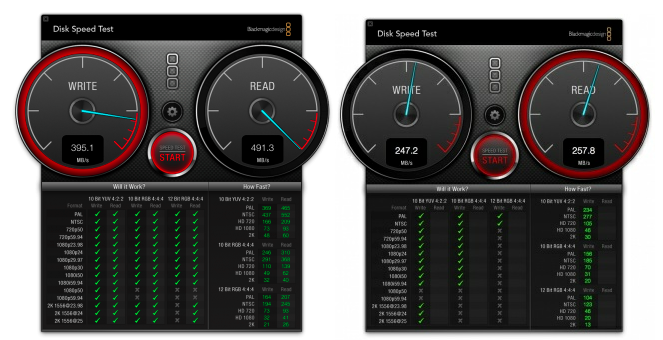 In January, following a meeting with Samsung Storage solutions at CES 2012, we told you that Apple’s next-gen MacBook Air would likely make the switch to the speedier 830 series SSDs from Samsung alongside an update to Ivy Bridge. This was of course before we revealed some major changes coming to Apple’s new MacBook and iMac lineups. In addition to Retina displays for almost the entire new lineup, the new ultra-thin 15-inch MacBook Pro will be getting a complete redesign, losing the optical drive, and bringing it closer to to the thin design of current Airs. Like the new MacBook Airs, we have been told that at least some of Apple’s prototype MacBook Pros have used Samsung’s 830 series SSDs…
END_OF_DOCUMENT_TOKEN_TO_BE_REPLACED