What’s an Icahn tweet worth? About $8B in AAPL’s value … 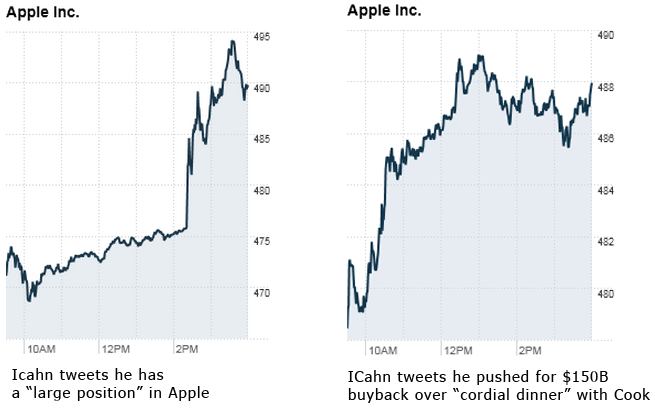 Fortune ran a couple of pieces showing what happened to Apple’s stock price after investor Carl Icahn’s tweets, with his initial announcement that he had taken a “large position” in AAPL, followed by news that he’d had a “nice conversation” with Apple CEO Tim Cook – and a subsequent tweet yesterday that he’d “pushed hard for a 150 billion buyback” over a “cordial dinner.”

The total effect? A jump in Apple’s valuation totalling around $23B – or approaching a cool $8B per tweet.

Would be nice to know when he’s about to tweet, eh?