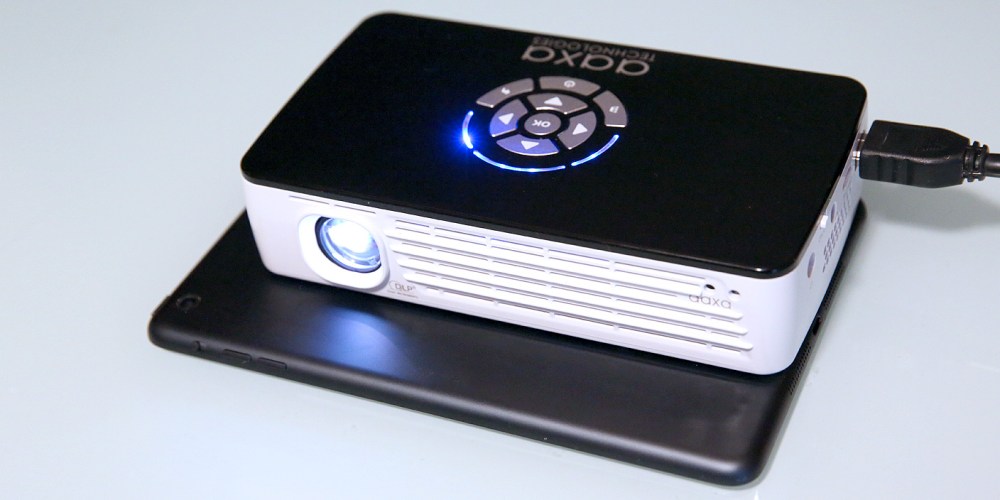 Pico projectors — video projectors small enough to fit in pockets or bags — are handy if you need to carry a tool that can display videos on a surface much larger than your iPhone’s screen. And if you’re willing to step up from an iPhone 6 Plus-sized footprint to a projector that’s still smaller (in two dimensions) than an iPad mini, there are benefits: larger projectors can hold more powerful lightbulbs, better speakers, and bigger batteries, amongst other features.

AAXA’s P700 ($450) demonstrates what you can expect if you jump from a pocket-sized projector to one that fits in a bag or briefcase. It adds around 50% more physical volume to AAXA’s $299 ST200, which I reviewed and liked five months ago, leveraging the extra space to offer over 4 times the light output, noticeably stronger audio, and slightly longer battery life. If you’re looking for a way to display Mac, Apple TV, iPad, iPhone, or iPod content on up to a 150″ surface, you’ll want to see what P700 offers…

END_OF_DOCUMENT_TOKEN_TO_BE_REPLACED 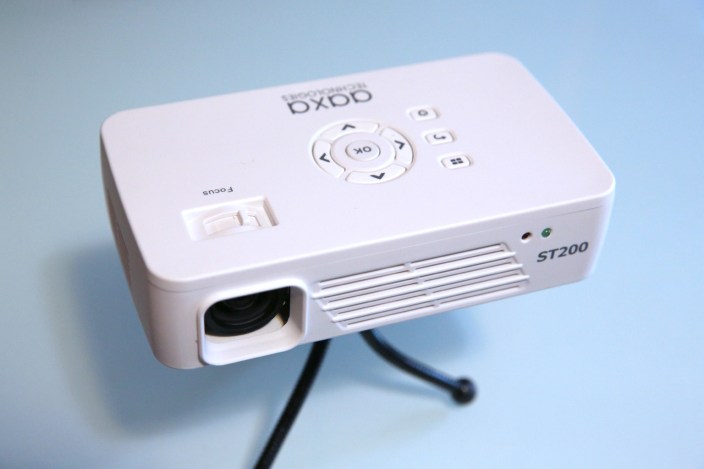 Even though I’ve had a fair bit of experience with video projectors, I took Celluon’s PicoPro somewhat for granted when I reviewed it this January. I praised the pocket-sized projector, which squeezed a 720p laser video display and speaker into the footprint of an iPhone 6 Plus, but I didn’t triple-underscore how much easier it was to use than most of its rivals. PicoPro worked so well and so quietly with such little effort that I hardly thought about it.

AAXA’s ST200 Short Throw LED Pico Projector ($299) is the newest of the traditional projectors PicoPro is challenging. It has roughly the same footprint and 1280×720 resolution as PicoPro, but it’s around 2.5 times thicker, since it uses a lightbulb-illuminated LED projection engine — just like almost every other projector on the market. There’s an audible fan inside, and because ST200 needs to power that fan and the lightbulb, it can’t match PicoPro in battery life. It also requires more manual user adjustment when you’re setting it up.

But ST200 is a markedly better video projector and audio device when judged on raw output quality, and less expensive, besides. If you’re looking for a compact way to display 720p video from an Apple TV, Mac, or iOS device at up to a 100″ diagonal size, ST200 delivers brighter, more color-accurate video output than PicoPro, more powerful speaker output, and — if you appreciate this — many more settings to play with. Read on for the details…