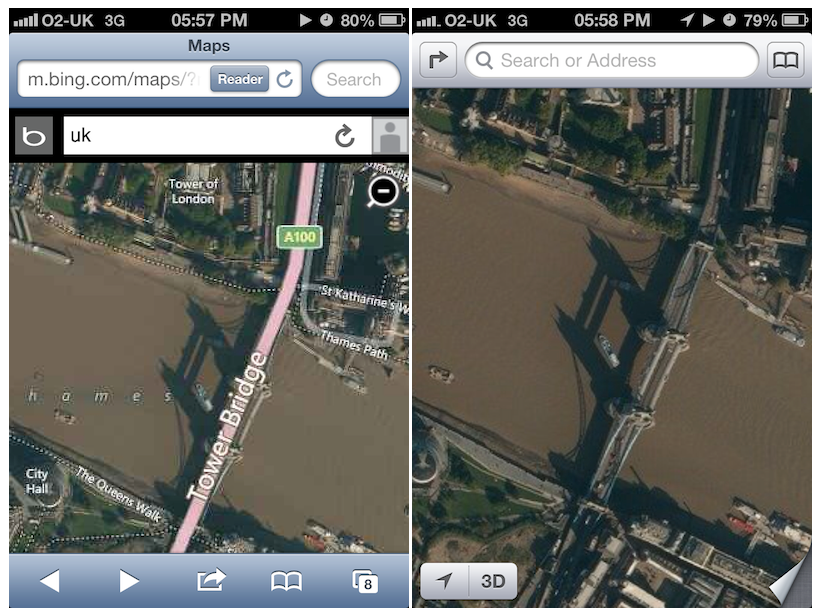 Update: A reader just sent the images above that show Apple’s maps are identical to Microsoft’s for certain locations.

Evidence surfaced yesterday that showed Apple was crediting TomTom, in addition to OpenStreetMap, for at least some of the data used in its new in-house Maps app. Today, a report from TechPP (via TheNextWeb) pointed to proof that Apple’s Maps data appears to come from Microsoft too:

our friend, Cody Cooper, a New Zealand based developer, found something more interesting. While playing with Apple Maps on iOS 6 beta, Cody found that some of the Maps images had Microsoft attribution. Check out the image below showing the response headers with attributions to Microsoft Corp 2012. Click on the image for a better view.

We have not been able to confirm the evidence, so we are marking this as unconfirmed for now. Apple’s full list of acknowledgments for its Maps app can be viewed here, while the full-sized image of the evidence is below: