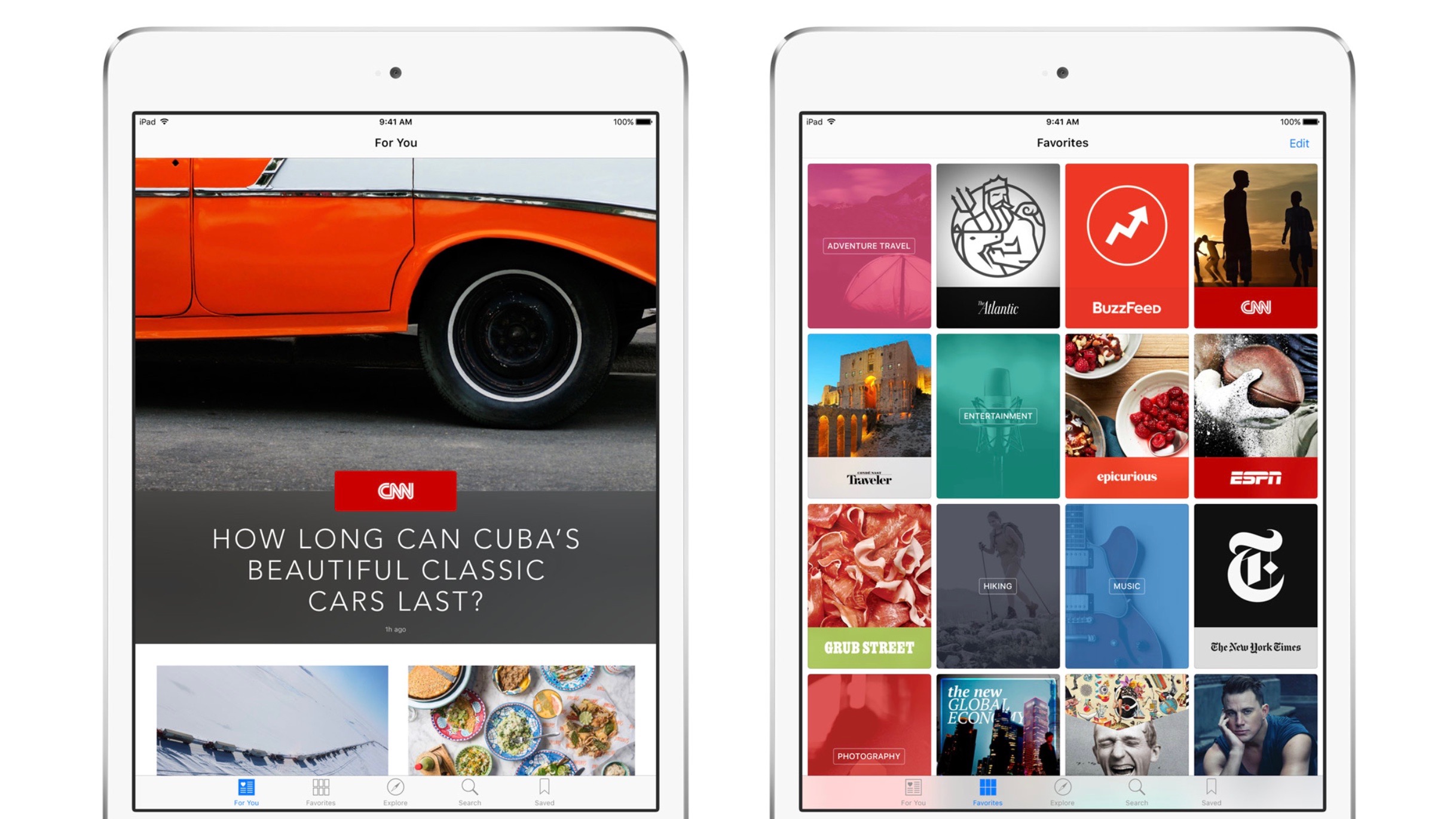 Alongside the release of iOS 9.2 today, Apple is making some improvements to its recently launched News app that it hopes will improve the service for both readers and publishers.

END_OF_DOCUMENT_TOKEN_TO_BE_REPLACED

Leading up to the unveiling of Apple’s new iTunes Radio service earlier this month at WWDC, we reported on some small details regarding deals Apple had reached with the major labels necessary to get bring its Pandora competitor to market. Earlier reports claimed that Apple was paying Warner around 10% of ad revenue— that’s around twice as much as Pandora reportedly pays. Today, The Wall Street Journal provides us with some in-depth info on what Apple is paying labels and publishers after taking a look at the terms of the deal.

Apple will in fact be paying well over the 0.12 cents per listen Pandora offers the labels, as well as a percentage of ad revenue, and the payout will also increase during the service’s second year:

During iTunes Radio’s first year, Apple will pay a label 0.13 cents each time a song is played, as well as 15% of net advertising revenue, proportionate to a given label’s share of the music played on iTunes. In the second year, that bumps up to 0.14 cents per listen, plus 19% of ad revenue.

However, there are some exceptions. The report notes that Apple won’t have to pay royalties for songs that users already have in their iTunes library. That will apparently extend to “songs that might be on an album that a listener owns just part of.” Interestingly, Apple also won’t pay for songs skipped before the 20 second mark and those included in special promotions, but it can only skip paying royalties on two songs per hour for each iTunes Radio user: END_OF_DOCUMENT_TOKEN_TO_BE_REPLACED