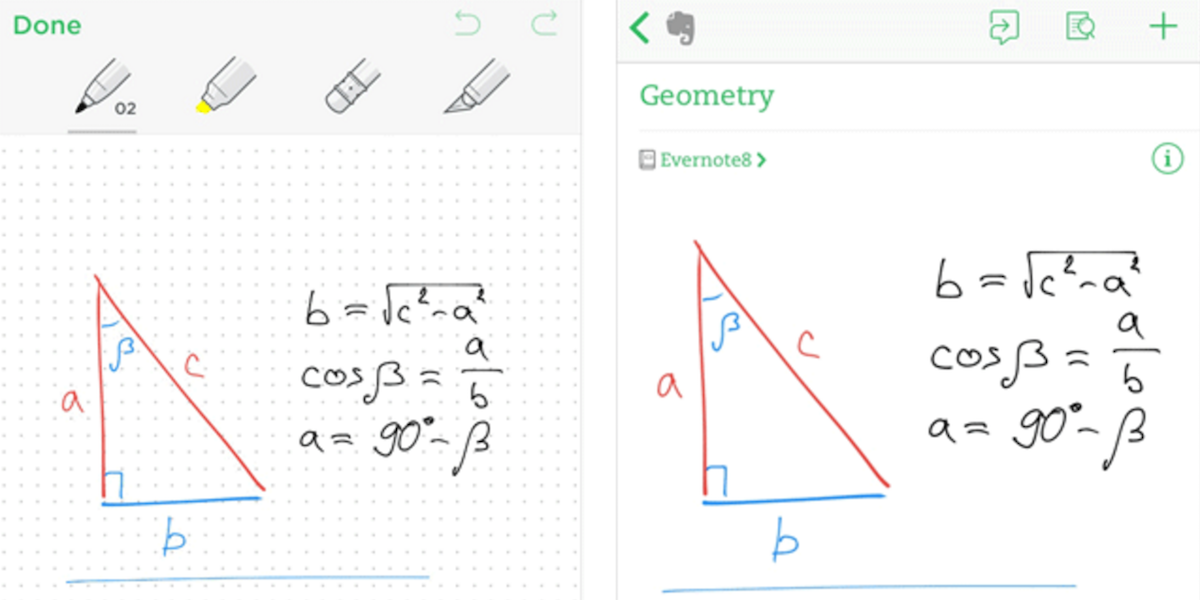 Evernote just announced an update to its iPhone and iPad apps that brings the ability to sketch in notes, which should make many users happy as the company points out the feature is one of its most-requested (and one it’s long had on Android).

Using your finger or a stylus like the Evernote edition of the Adonit Jot Script or Apple Pencil, users can now sketch inside of notes. And for users of the new iPhone 6s and 6s Plus with 3D Touch, the feature will allow you to “change the line weight just by adjusting your writing pressure.”

Sketches, like everything else, sync across platforms so you can view and continue to edit on another iOS or Android device. And the feature includes handwriting recognition, so you’ll be able to search for text you’ve written inside notes.