Adweek puts together every iPhone ad, ever

Last week we told you about the ultimate collection of Steve Jobs videos on Chill, and today Adweek compiled all 84 iPhone ads created by ad agency TBWA\Media Arts Lab over the last five years. The collection starts with the “Hello” teaser ad aired during the Oscars in 2007 (above), and it ends with the Siri Road Trip ad that debuted earlier this month. The same agency was behind the 66 “Get a Mac” ads, aka “PC vs Mac”, that ran until October 2009. You can check out Apple’s iPhone TV Ads: The Complete Campaign on Adweek now. END_OF_DOCUMENT_TOKEN_TO_BE_REPLACED 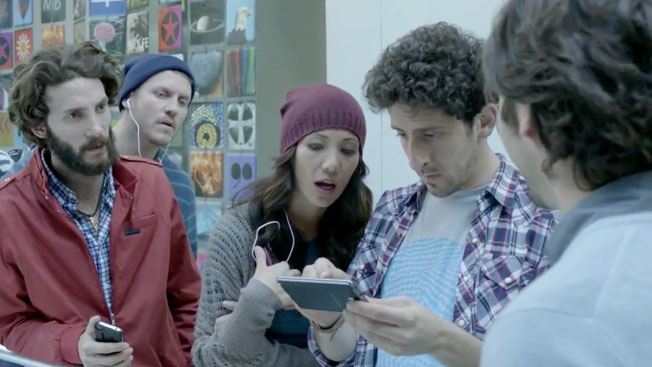 While Samsung does not think Apple can compete in the television market (and it is not alone), the company is moving aggressively to win over Apple’s fan base with the now infamous ‘Samsunged’ campaign— a cornerstone of the South Korean conglomerate’s communications strategy. So, who is behind those pesky adverts? Director Bobby Farrelly, who is the brother of movie director Peter Farrelly of the “There’s Something About Mary,” “Dumb and Dumber” and “Kingpin fame.”

However, it was Samsung’s ad agency 72andSunny that hired Farrelly to film a series of anti-Apple adverts depicting bored Apple fans waiting in line for a new iPhone. The mocking began last November and culminated with a 90-second Super Bowl commercial for the 5.3-inch Galaxy Tab device with a stylus. An interesting profile by AdWeek revealed some of the secrets and tactics marketers use to talk iPhone fans into considering Samsung products for their next gadget.