Review: CarPlay has promise, but the road to perfection is long 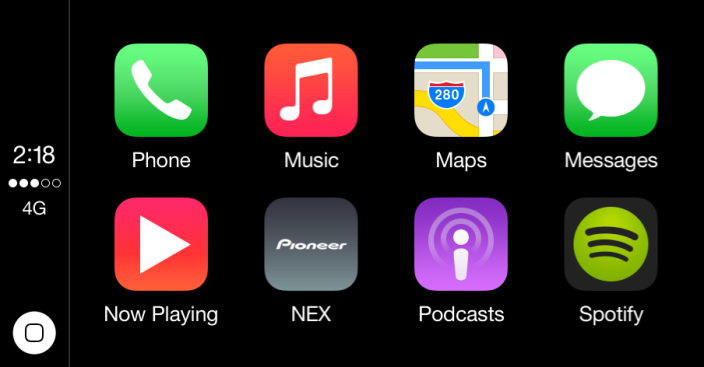 With Pioneer now offering aftermarket CarPlay support through their existing NEX displays, I got the chance to finally test drive CarPlay (without having to buy a new car) and see how Apple’s driving-optimized iPhone experience performs on the road.

Apple describes CarPlay as “a smarter, safer way to use your iPhone in the car” because tasks like making phone calls, sending messages, finding directions, and playing music from your iPhone are completed using Siri and the car’s touch screen rather than fiddling with your phone in your hand.

In short, CarPlay has a lot of promise and already makes a few things easier, but it’s not without its hiccups just yet. I’ll share my hands-on experience with upgrading to CarPlay with an aftermarket Pioneer display including a few interesting tidbits and lots of photos below. END_OF_DOCUMENT_TOKEN_TO_BE_REPLACED

How will Google’s new ‘Android Auto’ CarPlay competitor compare? On top of opening up the SDK, unlike Apple, to messaging and audio apps, it also has a ton of support right of the bat through the Open Automotive Alliance. Following Google’s unveiling of its new Android Auto connected car platform, a long list of both new and old members of the Open Automotive Alliance have confirmed support for the new feature. Many of which are also confirmed partners for CarPlay and at least some plan to launch both platforms simultaneously in upcoming vehicles. A press release lists a number of new OAA members including Bentley, LG, Nissan, Mitsubishi, Mazda, Maserati, Volvo and many more. The news also confirms that we’ll see aftermarket solutions for Android Auto from companies like Pioneer, Parrot and Alpine, which are also building aftermarket solutions for CarPlay. Here’s a full list of new OAA companies that will support Android Auto:

That list doesn’t include founding and old members like Audi, GM, Google, Honda, Hyundai and others. Volvo and Hyundai have now independently confirmed that they will both support the platform. Interestingly, both companies are also confirmed partners of Apple’s competing CarPlay platform.

When it comes to Volvo, the company announced today that it’s joining the Open Automotive Alliance and plans to bring Android Auto to all its cars using a new Scalable Product Architecture (SPA) starting with the all-new XC90. That’s notable considering that’s also the first vehicle Volvo will use to introduce Apple’s CarPlay feature later this year. Up until now there was some question about how a platform from Google might co-exist alongside Apple’s platform, but it appear at least some manufacturers plan to offer both of the competing platforms side by side in new vehicles. We’ll have to see if others decide to go Apple or Android only or offer exclusivity windows for either platform. We’ll also have to see if aftermarket solutions– like these ones from Pioneer— pack in support for both features or limit hardware to Android or CarPlay.

Apple has quietly added a line on its CarPlay microsite acknowledging that it will indeed support the feature in existing cars through aftermarket systems. Specifically, Alpine and Pioneer are listed under the line “And you’ll soon be able to add CarPlay to your current car with an aftermarket system.” The companies announced earlier this week plans to update existing in-dash display systems with CarPlay compatibility through firmware updates. While the announcements had the full weight of credibility, Apple recognizing these brands specifically on its microsite is a significant development as the company has only pushed upcoming vehicles as having the feature up until now. Earlier today, Hyundai announced it will bring CarPlay to its 2015 Sonata early this summer leaving Honda the only partner committed to delivering CarPlay this year without an announcement. Other partners committed to CarPlay in 2014 include Volvo, Ferrari, and Mercedes-Benz and have already announced models with CarPlay support.

END_OF_DOCUMENT_TOKEN_TO_BE_REPLACED 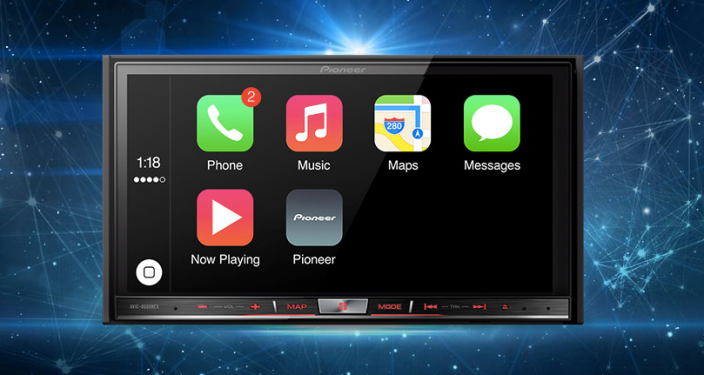 Utilizing large, in-dash Pioneer LCD displays, CarPlay featuring Siri® voice control, gives iPhone users the features while allowing them to stay focused on the road. With CarPlay, consumers with iPhone 5s, iPhone 5c and iPhone 5 can use Siri to make and receive calls, compose and respond to text messages, use Apple Maps for navigation and listen to their music, podcasts and iTunes RadioSM. For more information about CarPlay, visit www.apple.com/ios/carplay.

As for what vehicles and in-dash systems it will support, it sounds like it will be limited to 2014 editions of the in-dash receivers mentioned above. For the US, those include the following: END_OF_DOCUMENT_TOKEN_TO_BE_REPLACED

In March, Mercedes-Benz said that it had plans to offer aftermarket CarPlay units by the end of 2014. As noticed by MacRumors, a Nikkei report from Saturday reveals that car electronics manufacturer Alpine has similar plans.

Alpine will begin selling a standalone car console that integrates CarPlay in the fall. Although many car manufacturers are going to offer CarPlay-equipped cars in their new ranges very soon, Alpine will be the first company to sell an independent CarPlay unit, that can be installed on current cars. The cost is reported to be between $500 to $700.

END_OF_DOCUMENT_TOKEN_TO_BE_REPLACED 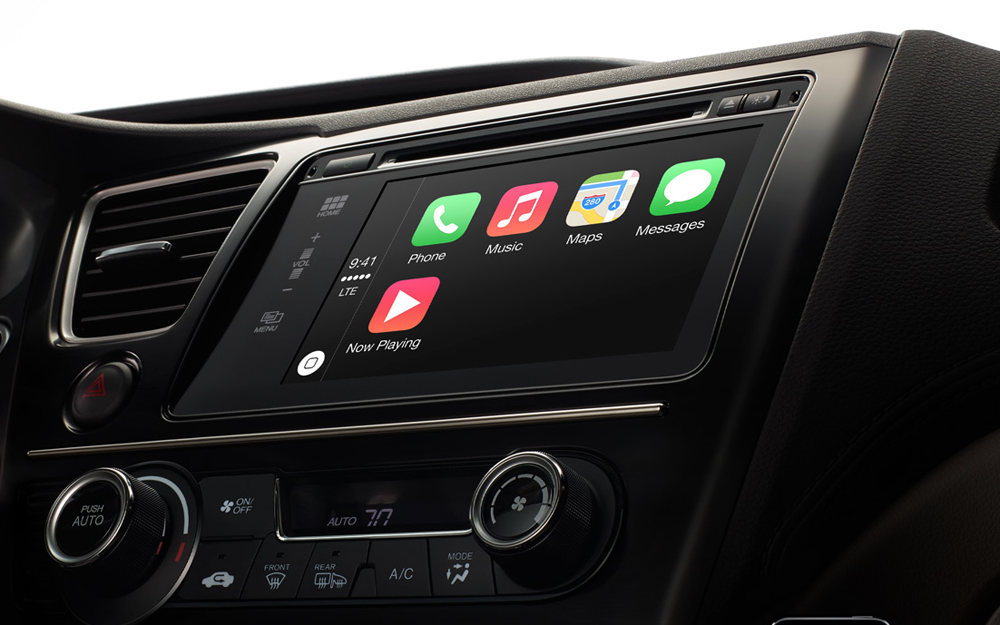 While we recently confirmed that Mercedes-Benz is planning to have an aftermarket CarPlay solution for older vehicles out by the end of the year, some of Apple’s other partners aren’t as confident. The two other companies that have so far announced the feature for new vehicles— Ferrari and Volvo— are both hinting that aftermarket CarPlay solutions are probably not happening anytime soon.

We reached out to Volvo about its aftermarket CarPlay strategy and the company told us there are “major roadblocks” to overcome before it commits to any plans for older vehicles: END_OF_DOCUMENT_TOKEN_TO_BE_REPLACED 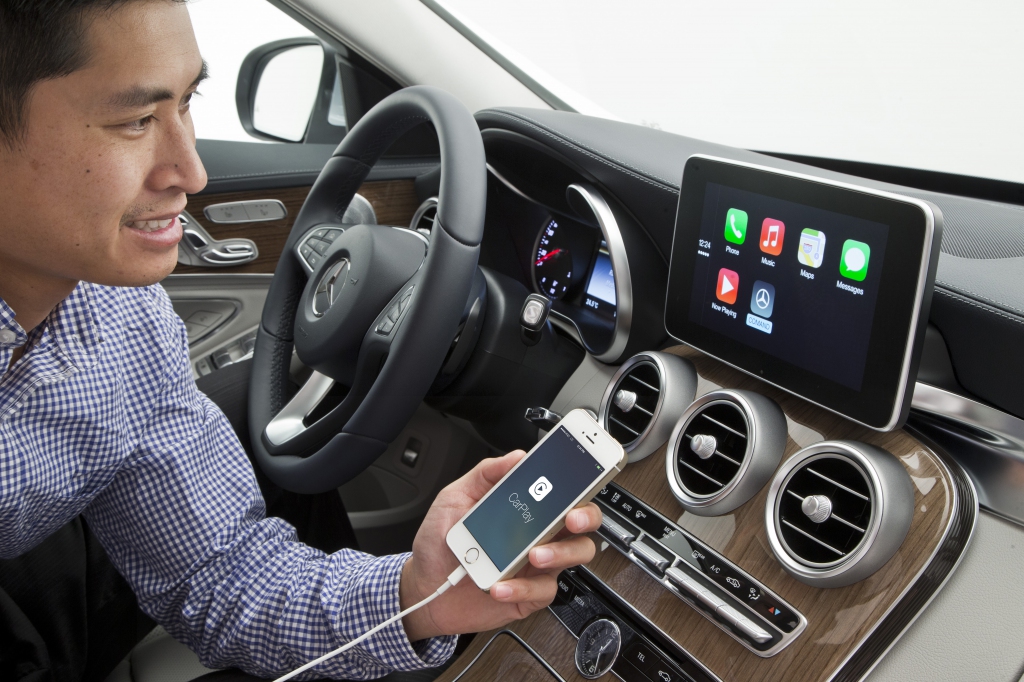 There have been a lot of mixed reviews of Apple’s CarPlay, a new feature that brings iOS into the car by displaying a customized interface for core iOS apps on in-car displays of select vehicles. A couple of the the common complaints you’ll be hearing about CarPlay: Its implementation varies from vehicle to vehicle as car makers use different touchscreen technology and varying approaches to meld CarPlay with their own in-car systems. Another problem is that it’s so far only coming to a few new vehicles by the end of this year including a pricey new FF from Ferrari, a new C-Class from Mercedes-Benz, and the XC90 SUV from Volvo. That certainly didn’t make owners of last year’s C-Class model happy, but the good news is we’ve confirmed that at least some car makers are planning to offer aftermarket installations for older vehicles. END_OF_DOCUMENT_TOKEN_TO_BE_REPLACED