AirPods 3: Everything we know so far 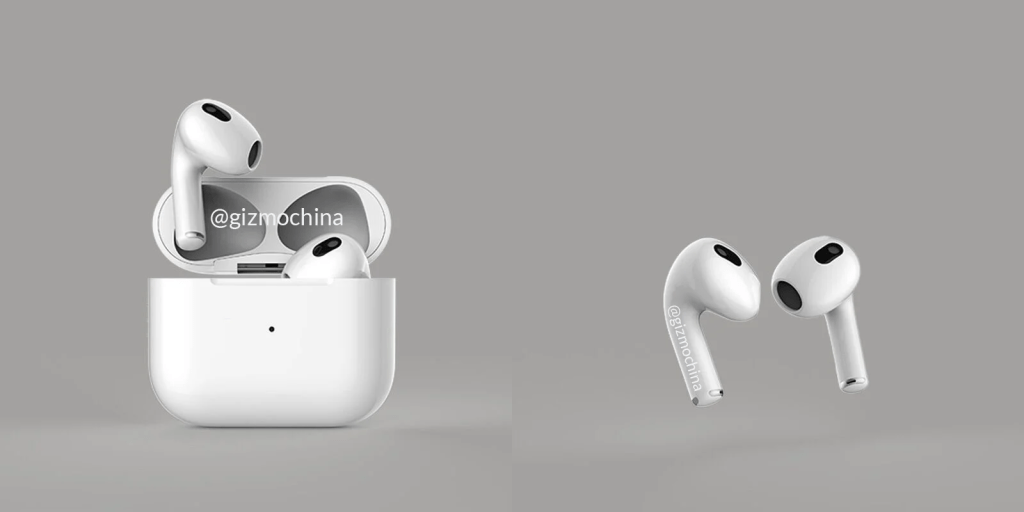 Apple’s AirPods are hugely popular truly wireless earbuds, and a new version is on the way. AirPods 3 are expected to be released later this year with an all-new design. Here’s everything we know so far.

Apple is expected to introduce a new version of its entry-level AirPods with an all-new design. Reliable Apple analyst Ming-Chi Kuo has reported that the new AirPods will feature a new form factor and design “similar to AirPods Pro,” though the analyst did not offer any details.

The second-generation AirPods were initially released in March 2019, bringing “Hey Siri” support and Qi wireless charging. The overall design and form factor of AirPods has stayed the same since their original release in December 2016, so they are overdue for some sort of visual redesign.

Bloomberg reported in October that Apple is planning to launch new entry-level AirPods with a shorter stem, again likening the design to the AirPods Pro.

More recent leaked images have indicated that while the design of the upcoming AirPods is similar to AirPods Pro, the AirPods 3 will not feature replaceable ear tips. This follows Apple’s strategy of marketing the entry-level AirPods as having a “universal” fit and the AirPods Pro as having a customizable fit.

As such, the charging will also be redesigned to accommodate the new earbuds. Leaked images from 52audio also claimed to offer our first real-world look at the redesigned AirPods 3. Here we can see the smaller stem, in-ear design, and redesigned battery case.

This means AirPods 3 will be very similar to the current AirPods in terms of features, with the primary changes being the new design, as well as some performance and connectivity improvements.

When will AirPods 3 be released?

AirPods 3 were initially expected to be released sometime in the spring of 2021, but that appears to no longer be happening. Instead, reliable Apple analyst Ming-Chi Kuo recently reported that AirPods 3 will launch sometime in Q3 of this year. Apple’s April hardware announcements came and went without any announcement of AirPods 3.

Apple is likely to release new iPhone models in September, and it would make sense for the company to also release new AirPods around that same time. This would also ensure AirPods 3 are readily available in time for the holiday shopping season.

How much will AirPods 3 cost?

Pricing information is unclear, but at least one report has suggested that AirPods 3 will cost roughly 20% less than AirPods Pro, which indicates a $199 price point. This is a noticeable increase in price compared to the current AirPods lineup.

As AirPods 3 rumors continue to circle, YouTuber EverythingApplePro has just unboxed an AirPods 3 copycat and compared these rumored wireless earbuds with the other AirPods released by Apple. This gives us a close-up look at the design changes Apple is rumored to make with the AirPods 3 later this year.

END_OF_DOCUMENT_TOKEN_TO_BE_REPLACED

Over the last few months, we’ve heard a lot about the new AirPods 3 and what to expect from the all-new design. A new video circling on social media claims to show the new AirPods 3, but they are actually a counterfeit version…

END_OF_DOCUMENT_TOKEN_TO_BE_REPLACED

Leaker indicates AirPods 3 not launching in March, AirPods 2 to continue being sold

Although there has been a lot of noise about new AirPods recently, it doesn’t seem like they are actually due for an update anytime soon. A proven leaker has corroborated a recent Kuo report that said AirPods 3 were not scheduled to enter mass production until later in the year…

END_OF_DOCUMENT_TOKEN_TO_BE_REPLACED

Despite a flurry of leaks surrounding next-gen AirPods in the last couple of weeks, Ming-Chi Kuo this morning said that new AirPods will not enter mass production until the third quarter of 2021, which means they won’t be launching imminently.

Many leakers have suggested that Apple will hold a product event on March 23rd. However, the date is not yet confirmed by Apple and it remains unclear what product would feature. Today’s Kuo report indicates AirPods 3 are simply not ready yet.

END_OF_DOCUMENT_TOKEN_TO_BE_REPLACED

Audio tech news site 52audio shared some new photos of Apple’s upcoming third generation AirPods. These have been leaked like crazy over the past few weeks but today’s photos are the clearest ones yet. Apple’s third generation AirPods are clearly inspired by AirPods Pro with shorter stems, a shorter charging case, and rearranged sensors.

One thing that has been debated is whether or not these new AirPods will have interchangeable ear tips. Today’s photos make it clear that they won’t and instead will have a similar universal fit to that of the current generation AirPods.

END_OF_DOCUMENT_TOKEN_TO_BE_REPLACED

Poll: Do you prefer the leaked AirPods 3 design or the original?

Rumors about the next generation AirPods have been around for a while now, and it seems that Apple will introduce “AirPods 3” sometime later this month. Based on leaked images, the new AirPods will feature a design that combines elements of the original AirPods with the AirPods Pro. Now we want to know if you prefer the leaked AirPods 3 design or the traditional AirPods design.

END_OF_DOCUMENT_TOKEN_TO_BE_REPLACED

Update: LeaksApplePro has now shared images of supposed real AirPods 3 earbuds and charging case. Assuming these are legitimate photos, we should expect to see them launch for real very soon.

We’re expecting Apple to launch a new design of its entry-level AirPods before long, and what are claimed to be renders of “AirPods 3” have been shared today.

The design of the non-Pro AirPods has remained unchanged since their launch back in 2016, but it’s by now clear that this is set to change this year …

END_OF_DOCUMENT_TOKEN_TO_BE_REPLACED

Sooner rather than later, rumors suggest that AirPods 3 are going to hit the market. Some rumors imply that the third generation of AirPods will become more “Pro,” at least design-wise. The rumors say that Apple could switch the EarPods form factor, which should fit all ears, to an in-ear approach, as we already have with the AirPods Pro. This could be a great idea, but here’s why it’s likely not.

END_OF_DOCUMENT_TOKEN_TO_BE_REPLACED

AirPods are widely expected to be updated this year with a new AirPods Pro-style design. Newly leaked images from 52audio this weekend claim to offer our first real-world look at the redesigned AirPods, highlighting the silicon eartips, redesigned charging case, and more.