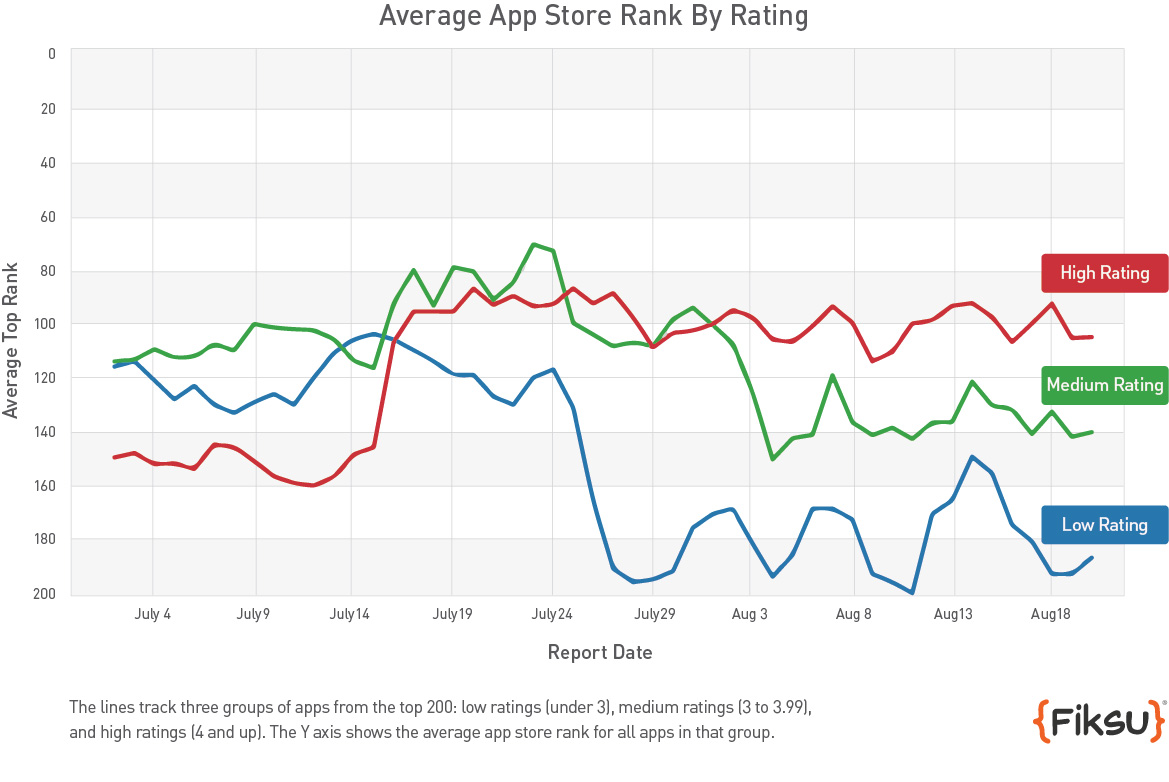 According to a new report from research firm Fiksu, which regularly tracks changes to App Store charts, Apple might be experimenting with new algorithms for iTunes and App Store rankings that incorporate user ratings. Apple previously only used the number of downloads and how fast an app was being downloaded in order to rank apps for its top charts, but Fisku thinks it has recently started incorporating user rankings:

In late July, we first began to notice apps unexpectedly shifting position without a corresponding increase or decrease in downloads. Upon closer inspection, we discovered these position changes correlated with the apps’ ratings. As evidenced by the graph below, apps with ratings of 4 or more stars received a rank boost in late July and have maintained that rank throughout August. Poorly rated apps with less than 3 stars received the opposite treatment about two weeks later, dropping off precipitously in rank and staying that way. Average rated apps, between 3 and 4 stars, suffered a slight degradation in rank but have generally been less affected.

The report also notes that, in recent weeks, Apple appears to be updating App Store charts every three hours opposed to the 15 minute intervals it was using previously. Fisku speculates that the increase could be to help prevent manipulation of the app charts, noting that “three hours allows enough time to identify anomalies and remove apps before they suddenly appear at the top of the rankings.”  END_OF_DOCUMENT_TOKEN_TO_BE_REPLACED