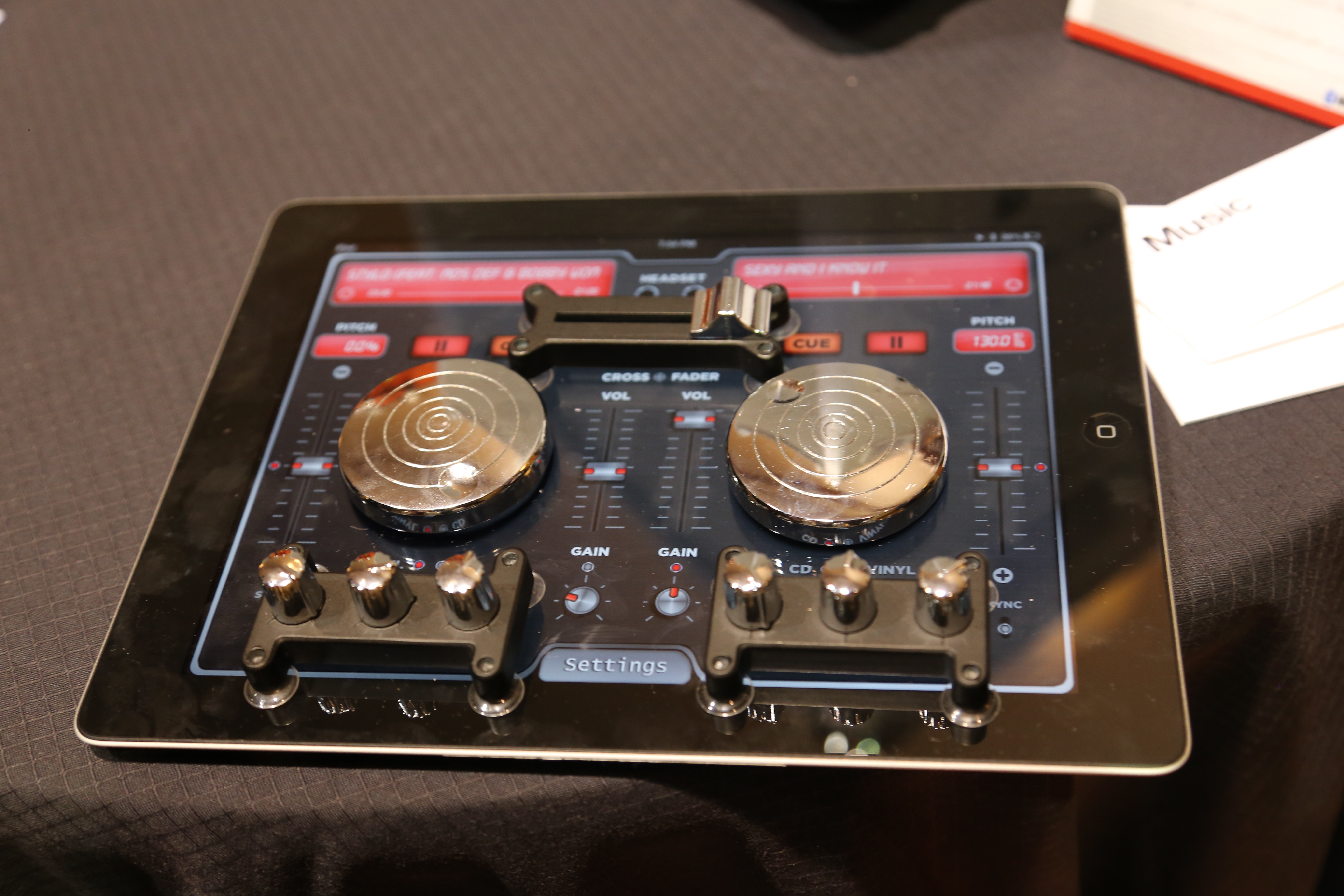 Straight from the CES Unveiled event in Las Vegas, audio accessory maker Ion just introduced us to one if its latest creations— a hardware DJ controller kit called “Scratch 2 Go” that puts a physical crossfader, two sets of three control knobs for pitch, EQ, etc., and a two small platters right on the display of your iPad. The company also announced updated versions of its other DJ and Guitar controllers for iPad and iPhone…

The hardware controls attach to your iPad’s display via suction cups and essentially work like a stylus, allowing you to control elements of several DJ apps on the App Store. The hardware controls are designed specifically for the iDJ 2GO app that will also work with Ion’s just announced updated Lightning version of its iDJ 2 Go hardware DJ controls. However, Ion confirmed to us that it would also work with the popular djay app for iPad.

It could also work with other iOS DJ apps provided the stylus-like tip of any particular element of the 5-piece kit lines up with the controls inside the app you’re using. Ion is making the new Scratch 2 Go kit available in April for $30 through select retailers.

A video of the kit in action from the CES show floor below: