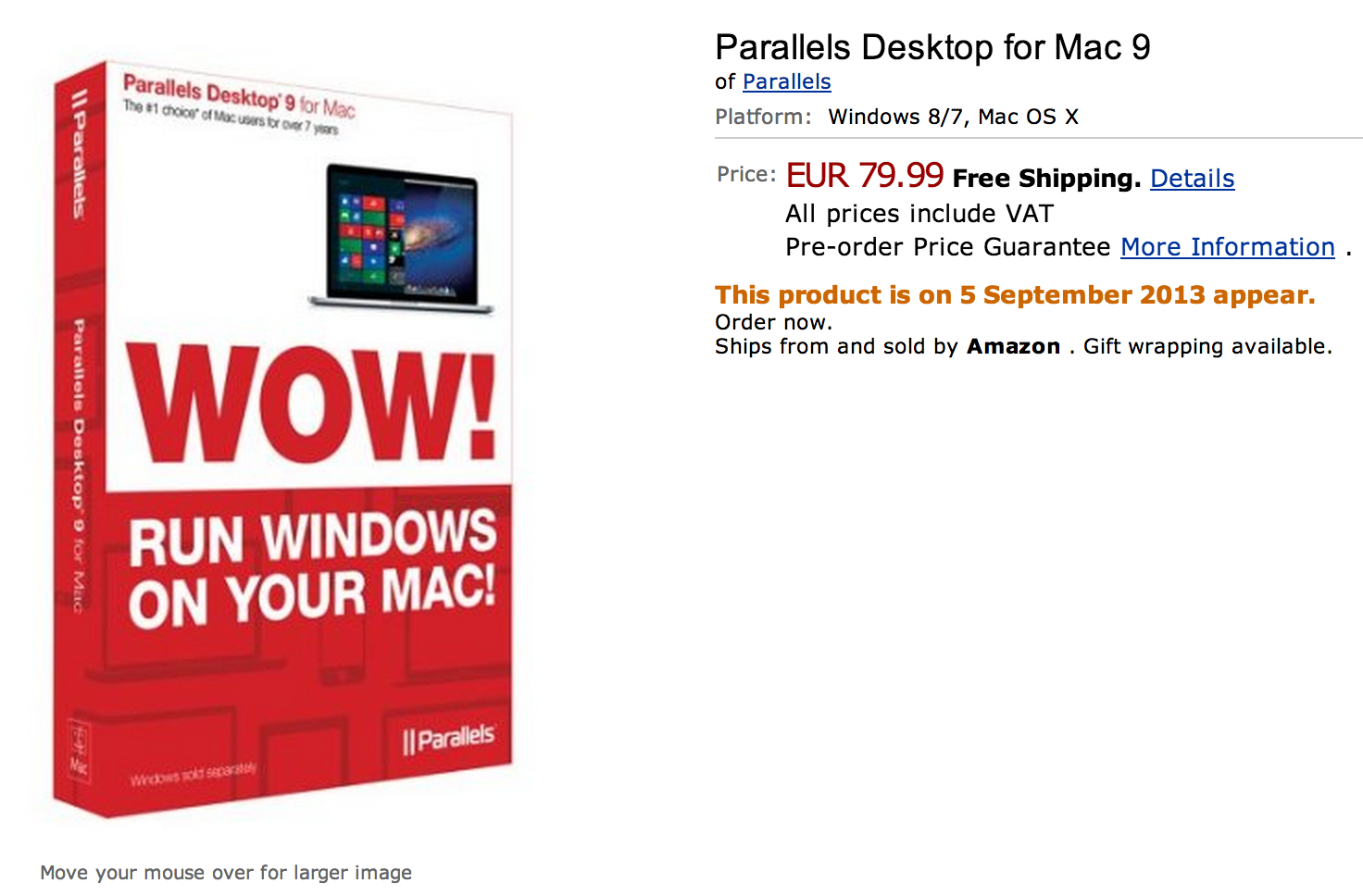 Cat’s out of the bag? It appears that Parallels is preparing an update to their award-winning virtualization software for Mac.  Amazon Germany has a pre-order page up with Parallels Desktop 9 artwork and an expected delivery date of September 5th. Having a quick look around, it appears you can also order it now in the US at MacMall/PCM for $74.99 shipped:

A variety of other retailers appear to be getting units in stock after a quick Google search of manufacturer part PDFM9L-BX1-EN-NT. The September 5th release date would seem to fit into Parallels’ schedule. Previous releases were:

Parallels allows Mac Users to run Virtual machines of Windows, other instances of Mac OS, Linux, Android and just about every other Intel-based OSes out there inside of Mac OS. Likely updates this time around would probably include OSX 10.9 Mavericks and Windows 8/.1 compatibility improvements.

Parallels has traditionally allowed users who’ve bought within 2 weeks of  release a free upgrade to the new version but no . (Update: Here’s Parallels Tech Guarantee saying if you buy after August 15th (now) you are covered for a free upgrade when V9 comes out.)  If you are interested in purchasing Parallels now (and it is a GREAT product), we recommend downloading a free 30-day trial of Parallels Desktop 8 which would conclude after the above early September update, guaranteeing you wouldn’t need to pay extra for an update to v9.

If Parallels 9 is indeed coming out soon, you can bet we’ll have a full review of the product and/or any iOS accessory products, should such products exist, as soon as they are available.