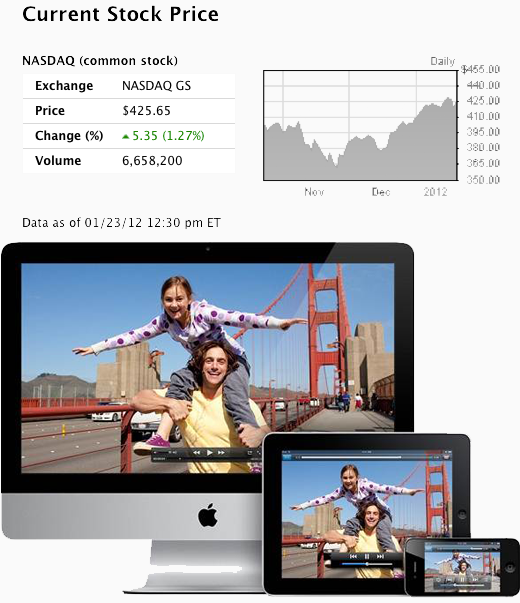 Apple will report its fiscal first quarter results tomorrow for the October to December 2011 period during which the Cupertino, Calif.-based company saw the death of its cofounder and the record-breaking sales of its latest iPhone.

Apple passed the $400 billion market cap briefly last week, and it is the world’s second most valuable company after Exxon Mobil Corp. Its 2007-debut of the iPhone effectively piloted the touchscreen smartphone market, meanwhile the iPad carved a new consumer electronics category for the industry, as well.