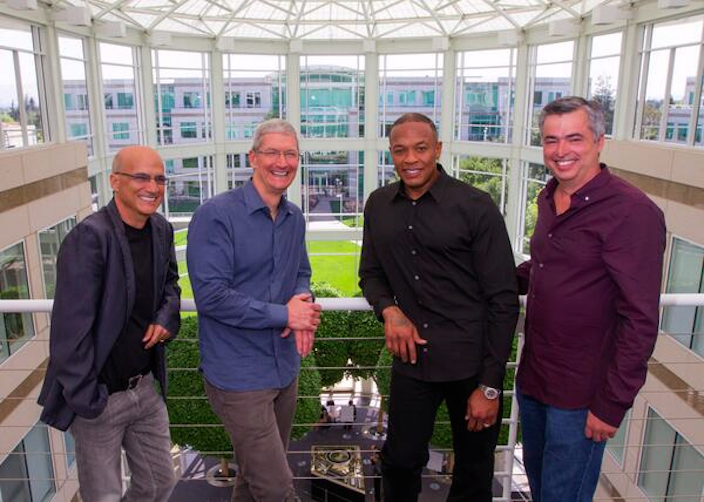 In a profile of one of Apple’s newest employees, The Wall Street Journal has described hip-hop artist Dr. Dre of Beats Electronics as obsessive in a Steve Jobs kind of way while maintaining a clear instinct for what customers want without relying on market research.

But behind the scenes, Dr. Dre—whose real name is Andre Young —has quietly played an equally powerful role developing and protecting the Beats brand, eschewing market research for gut instinct at every turn. Though his main obsession is perfecting the sound of the company’s signature high-end headphones, the 49-year-old fitness-obsessed music producer weighs in decisively on everything from TV ads and font styles to the wordiness of descriptions on the Beats Music streaming service.

As one colleague says, Dr. Dre serves as Beats’ “cultural barometer” of what is cool.

But Dr. Dre’s process is mysterious, colleagues say: His assessments are usually immediate, personal and articulated sparely. He often dismisses ideas such as posing for clichéd photos in a recording studio as too “corny” or “cheesy.” Or he’ll wave them off with a terse “I’m not feeling that.”

That could portend friction at his new employer, Apple, which agreed to buy Beats for $3 billion last month. But like Dr. Dre, Apple has also boasted about not doing market research. The company’s late founder, Steve Jobs, made no secret of his belief that consumers don’t really know what they want until someone else shows it to them. Colleagues predict that at Apple Dr. Dre could also cede some decision-making power and become more accommodating.

Dr. Dre has resisted much of the limelight since the Beats acquisition by Apple was announced leaving many of the interviews and spin to his Beats co-founder Jimmy Iovine and Apple’s Eddy Cue. The WSJ noted he declined to be interviewed for the above profile, and that decided exclusivity, too, is reminiscent of Jobs.

Dr. Dre did participate in a WWDC demo earlier this week, though, accepting a phone call from Apple’s SVP of Software Engineering Craig Federighi. Even that bit has parallels with the Steve Jobs days at Apple as Dr. Dre previously cameoed in a demo with the Apple founder.