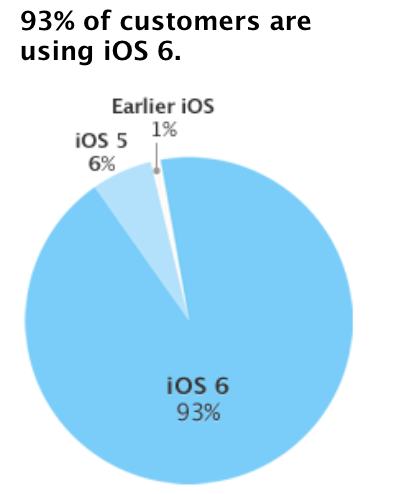 After showing this pie-chart in the WWDC keynote, Apple has now added the graphic to its iOS developer website. Though it doesn’t include the Android version, which Google updates fortnightly, the intended audience for the website will be well aware of the contrast: 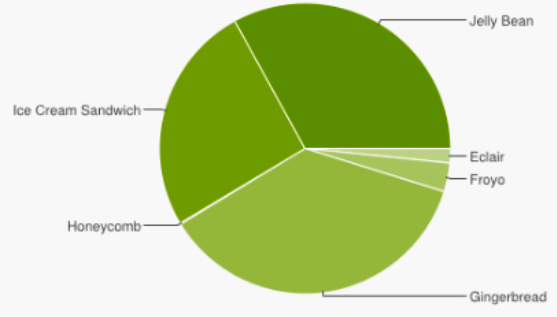 While Android has more devices, iOS has more of the revenue, Tim Cook pointing out in his keynote that Apple had paid $10 billion to developers.