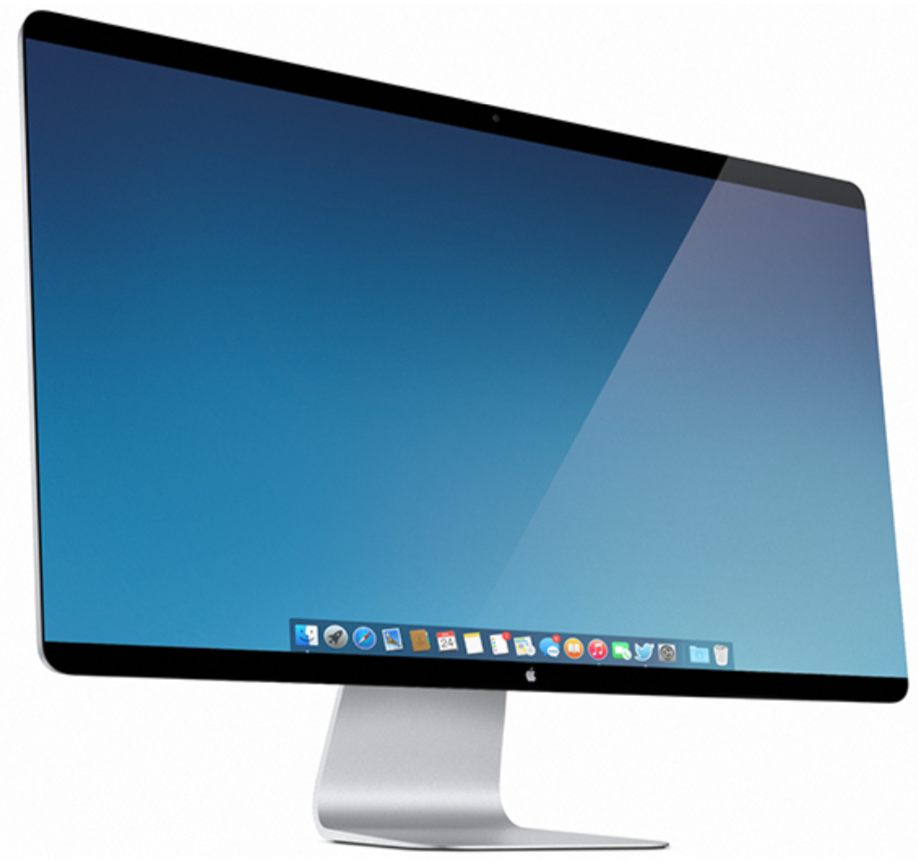 When Apple made a big fuss over the ability of the Mac Pro to support three 4K displays, it signalled that it could only be a matter of time before the company created its own. As I predicted back in October of last year, the company made no attempt to rush this, but we’re now hearing that Apple is close to finishing work on either a 4K Apple Thunderbolt Display, a 4K iMac or both.

Texas State University student Edgar Rios has put together these gorgeous-looking concept images. The nearly-invisible size bezels shown here are clearly stretching beyond breaking point the boundaries of what would be possible from an engineering perspective, but I’m sure we can expect the bezels of the real thing to have been slimmed down. Not quite this much, though:

As well as the traditional bare anodized aluminium stand, Rios also shows what it would look like in black. Check out the gallery and let us know your thoughts.

Nowhereelse.fr posted another set of high-quality renders from designer Martin Hajek today that seem to be the illegitimate lovechild of a Samsung Galaxy device and the iPhone 5. In the images below, we get the designer’s take on a 4.8-inch “iPhone 6” with a super thin bezel and black and silver anodized backs. He’s also included a 4-inch version of the concept that clearly takes cues from Samsung’s Galaxy devices.