I wrote about Text Case last July, and it’s been a staple of my iOS usage ever since. On the Mac, I use Alfred to do all of my case changing, but it doesn’t exist as a iOS app. For writing here at 9to5Mac, and at my day job, I frequently have to change the case of text. Text Case is the best app I’ve found for iOS to accomplish this task, and it has a big update that is now available. END_OF_DOCUMENT_TOKEN_TO_BE_REPLACED

Popular Facebook-owned chat service WhatsApp has updated its iOS app today with support for biometric authentication, allowing users to ‘lock’ the app with Face ID or Touch ID. Although the feature does not work on a per chat basis, enabling the feature does add an extra layer of security to your private WhatsApp conversations.

END_OF_DOCUMENT_TOKEN_TO_BE_REPLACED

Newton launches recap feature to remind you of email you missed

Newton, one of my favorite third-party email apps, has just launched a new feature called Recap. If you’ve never tried Newton, it reminds me of Mailbox. If you’ve forgotten, Mailbox was an app that Dropbox purchased and shut down a few years later.  END_OF_DOCUMENT_TOKEN_TO_BE_REPLACED

After just over a month since the last similar episode, several developers from around the world have reported a critical issue with iTunes Connect that is preventing new app and software update deployment to the App Store. Apple has noted the disruption on its developer system status page with a brief message: “Some users are experiencing a problem with [iTunes Connect].” The system status page lists the service disruption as occurring around 8 PM EST yesterday, but developers first began reporting problems with app and update submissions much earlier on Wednesday. The system status page does not report issues with any other developer services, and all consumer services report no issues. Apple does not provide a timeline for when it expects the disruption to be resolved nor does it offer the cause of the disruption.

END_OF_DOCUMENT_TOKEN_TO_BE_REPLACED 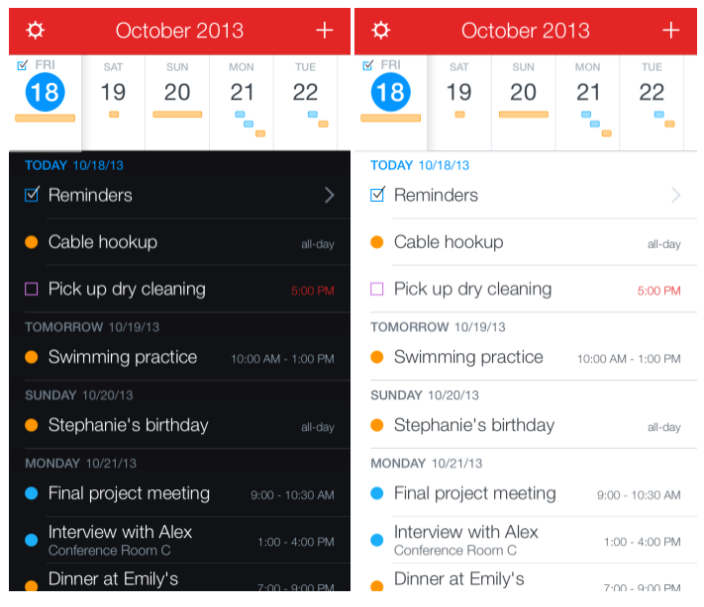 After a rather successful launch (it was #1 in the App Store for quite a while), Flexibits has updated Fantastical 2 for iPhone with a number of small but notable improvements.

Most notably, Fantastical alerts now come with a notification tone. New options for assigning the app icon badge are available as well.

If you haven’t already tried it out, you can pick up Fantastical 2 on sale for $2.99 in the App Store (regular $4.99) and read our full review here. Fantastical 2.0.1 is a free update to existing customers and available now. (Full change log below.) END_OF_DOCUMENT_TOKEN_TO_BE_REPLACED