What happens when you make your app free for a week

For an app developer like Infinity Blade maker Epic Games, making an old iOS game free for a week accounted for an enormous boost in revenue and downloads. As noted by The Wall Street Journal, Epic’s decision to drop the price of its original Infinity Blade title from 99 cents to free brought the title up hundreds of spots in App Store rankings. The increase is highlighted in the chart above from AppData. While being featured as one of Apple’s “App of the Week” certainly didn’t hurt, temporarily switching to the freemium model allowed Epic to generate more money than it was earning when the app was 99 cents. It also created a nice increase in sales for the developer’s $7 Infinity Blade II sequel, as shown in AppData’s second chart below: 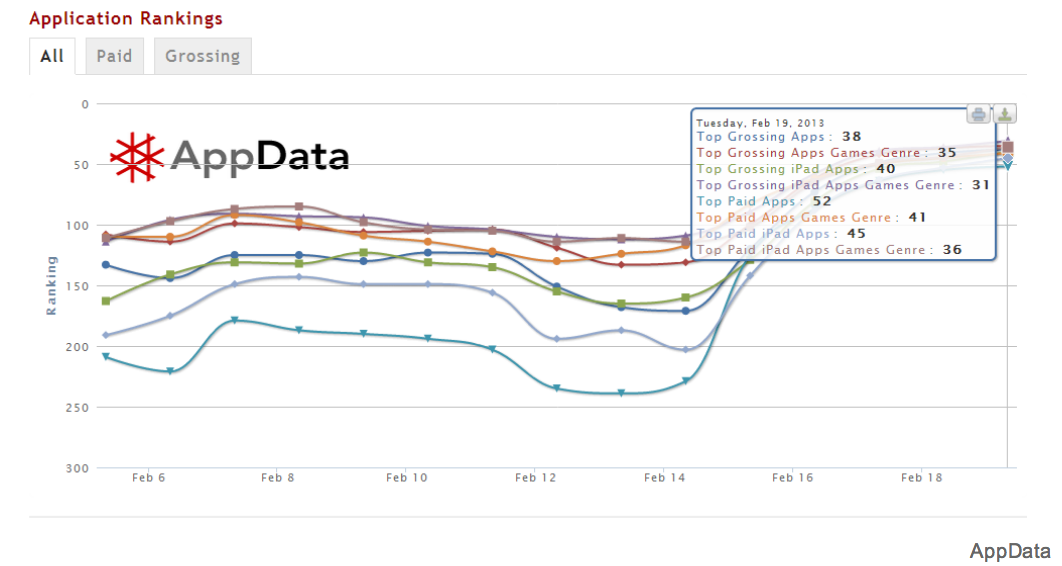