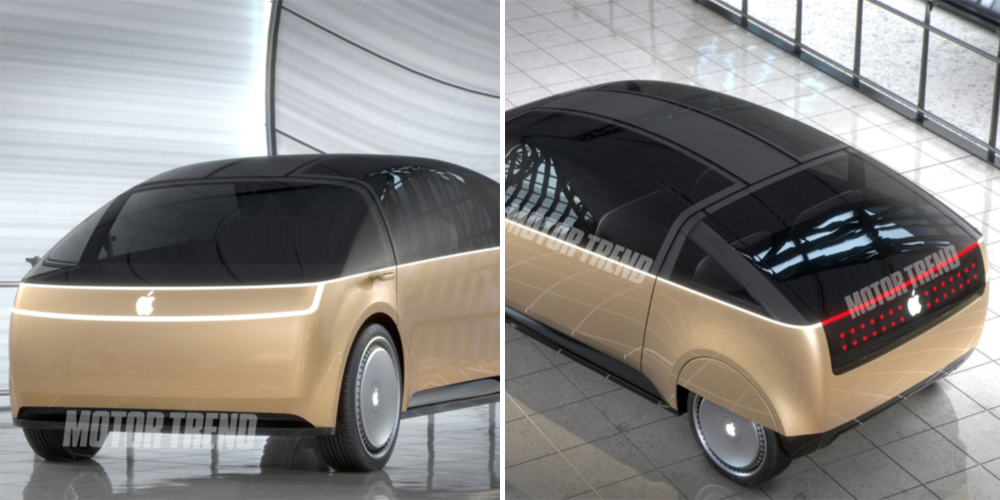 We predicted yesterday that the Apple Car piece teased by Motor Trend was likely to be nothing more than a speculative piece or design exercise rather than anything based on solid information – and we were right. Despite the ‘Apple Car exclusive’ headline, the entire lengthy piece is nothing more than a bunch of people brainstorming ideas for the car and then producing sketches and renders from them.

@cwarzel @BecketAdams It looks like the Superdome slept with a Prius.

Bad sketches and renders, as it turns out. They’ve effectively just taken design cues from the iPhone, slapped some wheels on it and called it a car. Seriously – it even has an antenna cutout …