iPhone 5C shell sized up and shaken down in new video

A new video has made its way online today showing what is allegedly the rear casing of the much rumored plastic-backed, lower-cost iPhone 5C that many expect Apple to officially unveil early next month. The report from Taiwan’s Apple Daily claims to provide some precise measurements for the lower-cost iPhone. Coming in at 24.55mm x 59.13mm x 8.98mm, the iPhone 5C appears to be slightly larger than the iPhone 5 due to the plastic back. The site also put the back shells through a number of scratch resistant tests in the video above and noted that its sources claim the device will include a reinforced material that will protect from everyday wear and tear. The roughly translated report also seems to claim that the iPhone 5S, in addition to the new dual LED flash and gold color option that we previously reported, will come in 3 colors. However, it isn’t clear if it’s referring to just the White/Black and Gold, or additional colors. We’re assuming the shot of the blue iPhone 5S in the video above is for illustration purposes only. Probably. END_OF_DOCUMENT_TOKEN_TO_BE_REPLACED 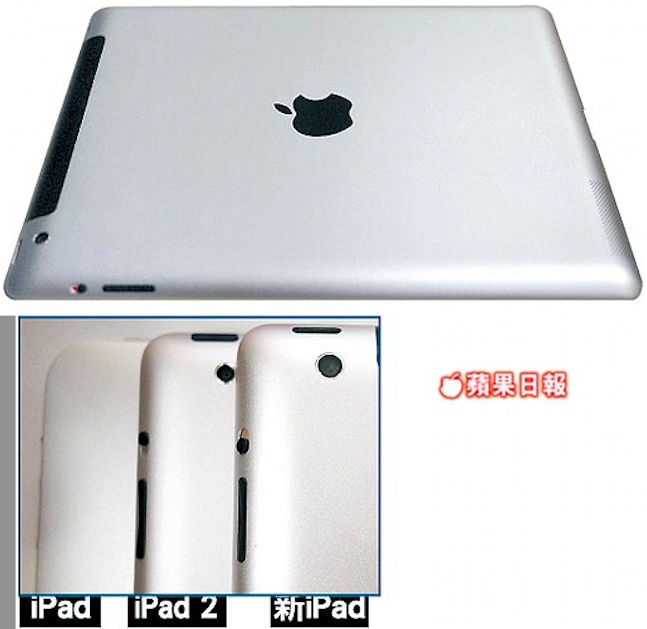 Apple Daily today has images of what it claimed is the next iPad compared to an iPad 1 and an iPad 2. You will notice increased tapering and a bigger camera lens. The publication said the camera is a whopping 8-megapixels, which would likely mean it is the same Sony camera found in the iPhone 4S that CEO Howard Stinger first leaked in April of last year. Apple will likely bring some of its optics over, as well.

We first heard reports of 5- to 8-megapixel cameras in the next iPad at the end of last year in a wide-ranging set of reports.

Apple.pro grabbed some images of the print version that seem to show the tapering better. 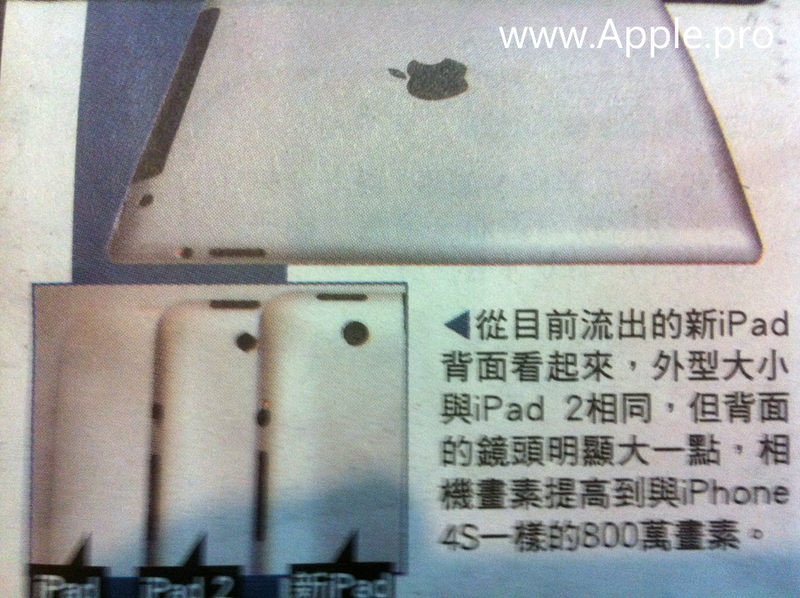 The iPad 3 picture seems to be coming together but that does not mean there are not going to be some surprises.