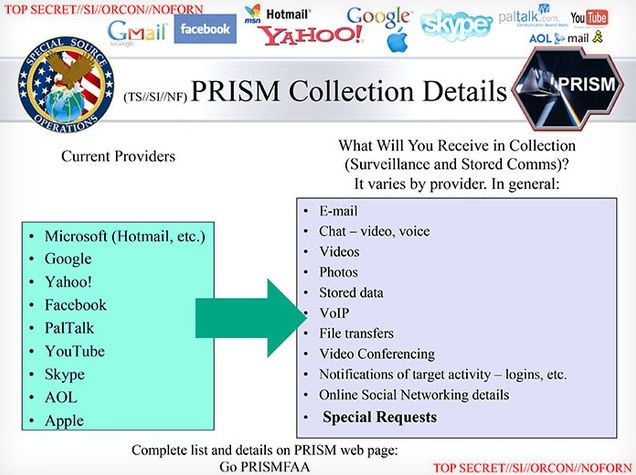 Claims made by The Washington Post that the National Security Agency was tapping into the servers of nine tech companies for details of user activity have been denied by Apple and most of the other companies alleged to be involved.

Similar denial statements have been issued by Yahoo, Dropbox, Google, Microsoft and Facebook.

The Post published slides from what it said was a Powerpoint presentation detailing the top-secret program, in which it was implied that the companies listed were knowing participants …  END_OF_DOCUMENT_TOKEN_TO_BE_REPLACED