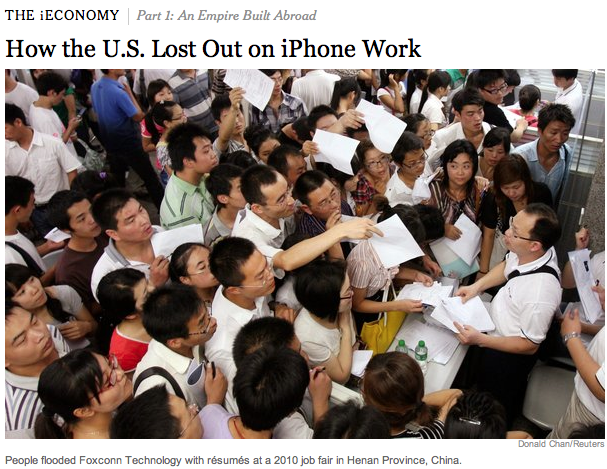 The New York Times has won a Pulitzer Prize for its iEconomy series of exposés of alleged unsavoury practices by major corporations, with Apple a key target.

Fortune described the series as a cynical push aimed specifically at winning a Pulitzer by choosing to pick on “high tech’s fattest target”:

The fact is, the New York Times knows — better than any other journalistic operation — how to win Pulitzers. It has won a record 112. It employs editors who specialize in identifying Pulitzer-winning topics and assigning reporters who will bring them home.

Never mind that Apple’s competitors all outsource work, sidestep taxes, use patents as weapons and turn an even blinder eye to labor abuses in the Asian supply chain. The fact is, Apple — always a draw for readers — made a big, fat, easy target.

Whatever the case, the Pulitzer committee found it a winner over  other finalists: The Post and Courier of Charleston, S.C., for stories on the insurance industry and Milwaukee Journal Sentinel reporter Dan Egan reporting on what it would take to protect the Great Lakes from invasive species, including Asian carp.