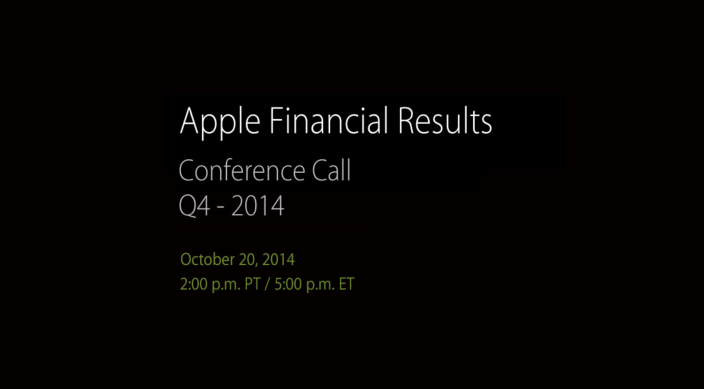 Apple has announced it is holding its earnings call for company results in fiscal Q4 (covering July, August and September) on October 20th. Following tradition, Apple will announce earnings in a press release about half an hour before the earnings call at 2PM PST. Apple’s earnings for fiscal Q4 will include the first wave of iPhone 6 and iPhone 6 Plus sales, as it went on sale towards the end of the period. However, Apple is unlikely to breakdown the split between new and old iPhone sales, as it only reports total sales numbers for Mac, iPhone and iPad.