Mountain Lion installed on a MacPro1,1, here’s how to do it 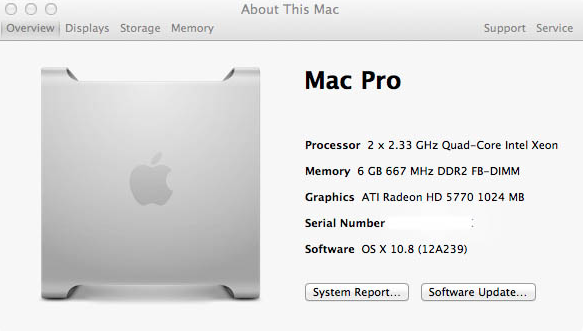 As pointed out by OWC, a step-by-step instruction guide has popped up courtesy of Mac user Jabbawok that details the steps necessary to get Mountain Lion running on a MacPro1.1 (the models first introduced in 2006). It is not the easiest process ever, forcing you to upgrade the graphics card, have access to a spare SATA HDD, and go through a couple of dozen or so more steps inside Chameleon bootloader, terminal, and elsewhere. The good news is this means there are not a lot of Intel Macs that won’t be able to handle Mountain Lion. You can check out the instructions here, if you are interested, and the author gave a brief explanation below on what prevents the MacPro1.1 models from running Mountain Lion in the first place:

There are two things that prevent 10.8 from installing on a MacPro 1,1. The first is the lack of EFI64. Mountain Lion as has no support for 32bit kernel and extensions so it will not boot. This is true of many early Intel macs… The other thing is that checks are made by the installer; against a supported machines list. If your mac isn’t on the list, it refuses to install.

On a related note, you might make use of popular Mac backup and cloning app Carbon Copy Cloner throughout the process. The app was just updated to version 3.5 with a number of new features including Mountain Lion compatibility.