Tim Cook’s may be on Twitter now, but he’s probably not going to be retweeting a poor showing from Siri on the late night program last night.

Actress Jane Lynch’s tweeted a recent experience with Siri in which it apparently responded to her request for directions to Le Pain Quotidien with “I have no listing for Let Pam Cookie Ian.” She recounted the story in an interview on Conan, in which two further live Siri attempts also failed.

The first, Lynch’s voice on O’Brien’s phone, wasn’t really a fair test: Siri keeps personalised voice files for each user on its servers. But the second, in which O’Brien used his own phone, resulted in the infamous “I’m really sorry about this, but I can’t take any requests right now” message.

With some iPhone fails, though, you have to look more to the human factor than the phone. Sure, it’s a bit of an oops moment when Apple Maps directs local drivers onto an airport taxiway, but as with many other GPS fails, you’d kind of think drivers might notice that they were crossing a runway – or that an international airport might, you know, make sure the gate was closed or something …

The surreal beauty of some Apple Maps glitches 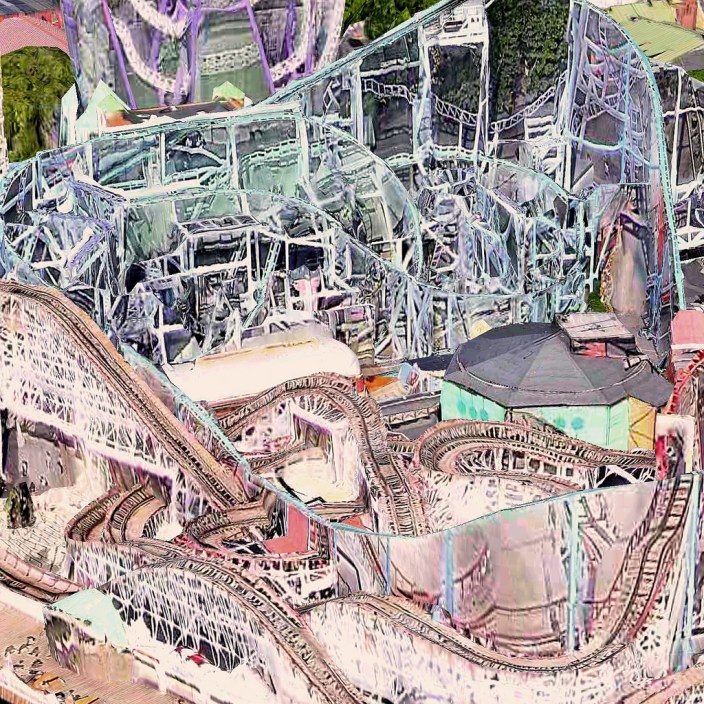 The launch of Apple Maps may not have been Apple’s finest hour, with CEO Tim Cook forced to apologize for the mess, but Peder Norrby, founder of the Swedish computer graphics company Trapcode, says some of the glitches have a surreal beauty to them.

Norrby has created a Flickr collection of some of the more artistic and spectacular of the effects created by automated attempts to map 2D imagery onto 3D topology models.