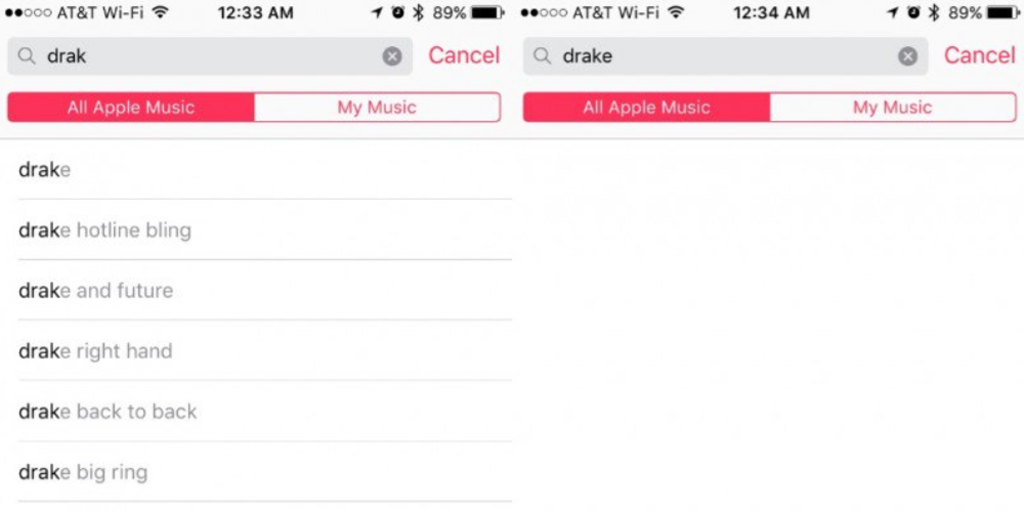 If searching for Apple Music content in the iOS Music app isn’t working for you, it’s not just you. Multiple users on Apple’s support forum are reporting the issue, with Twitter users joining the complaints. The problem appears to have begun late last night.

It’s not a universal issue, as it’s working fine for some people. Apple hasn’t yet acknowledged any problem on its system status page, but it’s not unusual for issues to exist for some time before showing up there.

Reboots aren’t curing it, so if you’re experiencing the problem there doesn’t appear anything you can do about it except wait for Apple to solve the problem, or switch to iTunes on the Mac where searches are working normally.

Some users are already unhappy with Apple’s decision to take its free ad-supported iTunes Radio stations off the air on Friday.