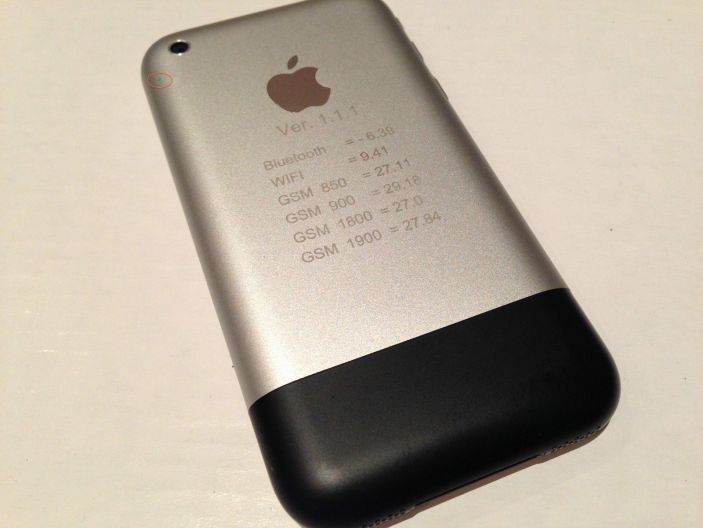 While past devices claiming to be internal iPhone prototypes have been pulled from listings, such a rare device sold for nearly $1,500 on eBay today from a seller based in the Australia called ‘applefancollector’.

Here it goes! My wife says I have too much stuff, so I have to reduce my collection.

I am selling a very rare original iPhone engineering prototype. These were used to test the
iPhone’s various features. To do so, a special test software was installed, which is still running
on the device perfectly.

This is device is especially rare, as it shows the initial iOS version installed and the signal
strength values etched on the back. This was done by Apple internally and is guaranteed genuine.

While the authenticity and how the seller acquired the device remains unclear, the non-standard iPhone software running on the device matches similar instances of such devices.

The device which sold also appears to be in excellent condition as it wasn’t used as a phone adding to its worth. The auction reached upwards of $500 in this instance before it sold at its listing price of $1,499.