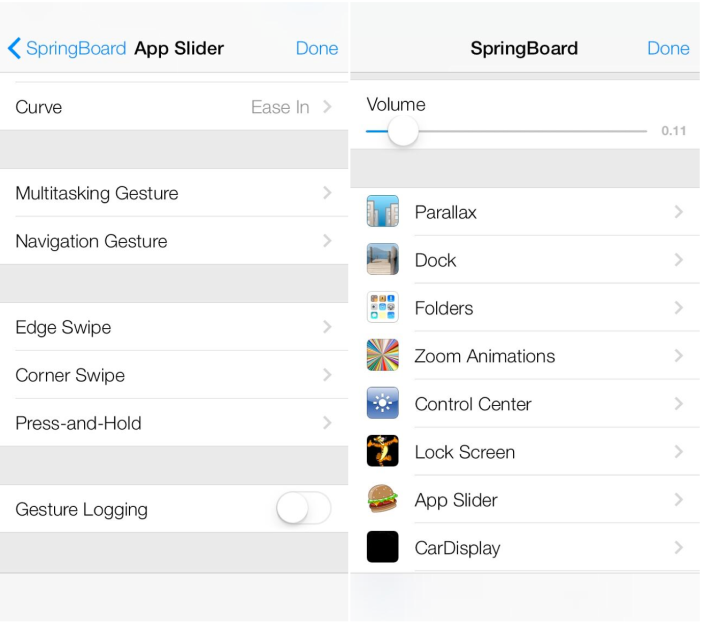 In addition to the several new user-facing features introduced by Apple for iOS 7, hidden settings inside the new system have revealed that Apple has been testing other new enhancements. Hamza Sood discovered the hidden settings options, and these toggles reveal additional gesture, multitasking, and folders options. The settings are not readily available to users of the iOS 7 beta, but acces requires some unspecified tweaking.

Notably, Apple is testing system-wide edge-swipe and corner-swipe gestures for iOS 7. These gestures would bolster the already present edge-swipe feature in iOS 7 for Messages, Safari, and a couple of the other pre-installed iOS apps. According to these settings, Apple’s testing of these gestures would expand to being used for quick-app-switching.

Video and more details below: