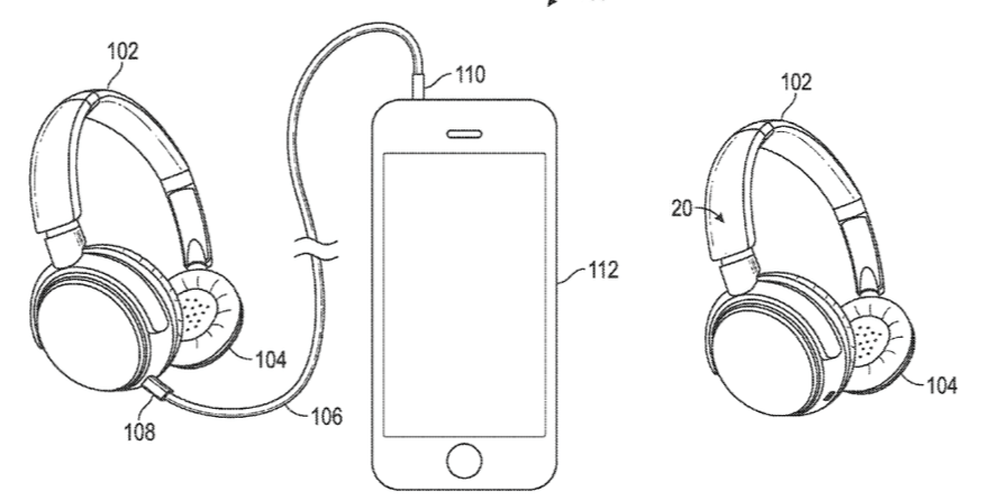 With Apple widely believed to be planning to drop the headphone socket in the iPhone 7 in favor of Lightning-connected and wireless headphones, a patent application published today describes how a single set of headphones could switch smoothly between wired and wireless modes without any interruption of playback.

There’s of course nothing new in headphones that support both wired and wireless use – many Bluetooth headphones come supplied with a plug-in audio cable that allow them to fall back to wired use if they run low on battery power or you just want the higher quality a wired connection typically delivers.

But switching between wired and wireless use typically has a couple of issues, and Apple’s patent aims to solve both of them …