Apple has shown a renewed focus on Maps with iOS 8. Although headline features like transit did not show at WWDC, recent iOS 8 betas are bringing improvements to the ‘Report A Problem’ features. The frequency at which these updates are passed through has also improved dramatically in the past couple of months.

Apple has added a new explicit ‘follow-up by email’ option at the end of the Report A Problem form. This means Apple is now actively looking to get additional information about map queries from customers via email.

END_OF_DOCUMENT_TOKEN_TO_BE_REPLACED 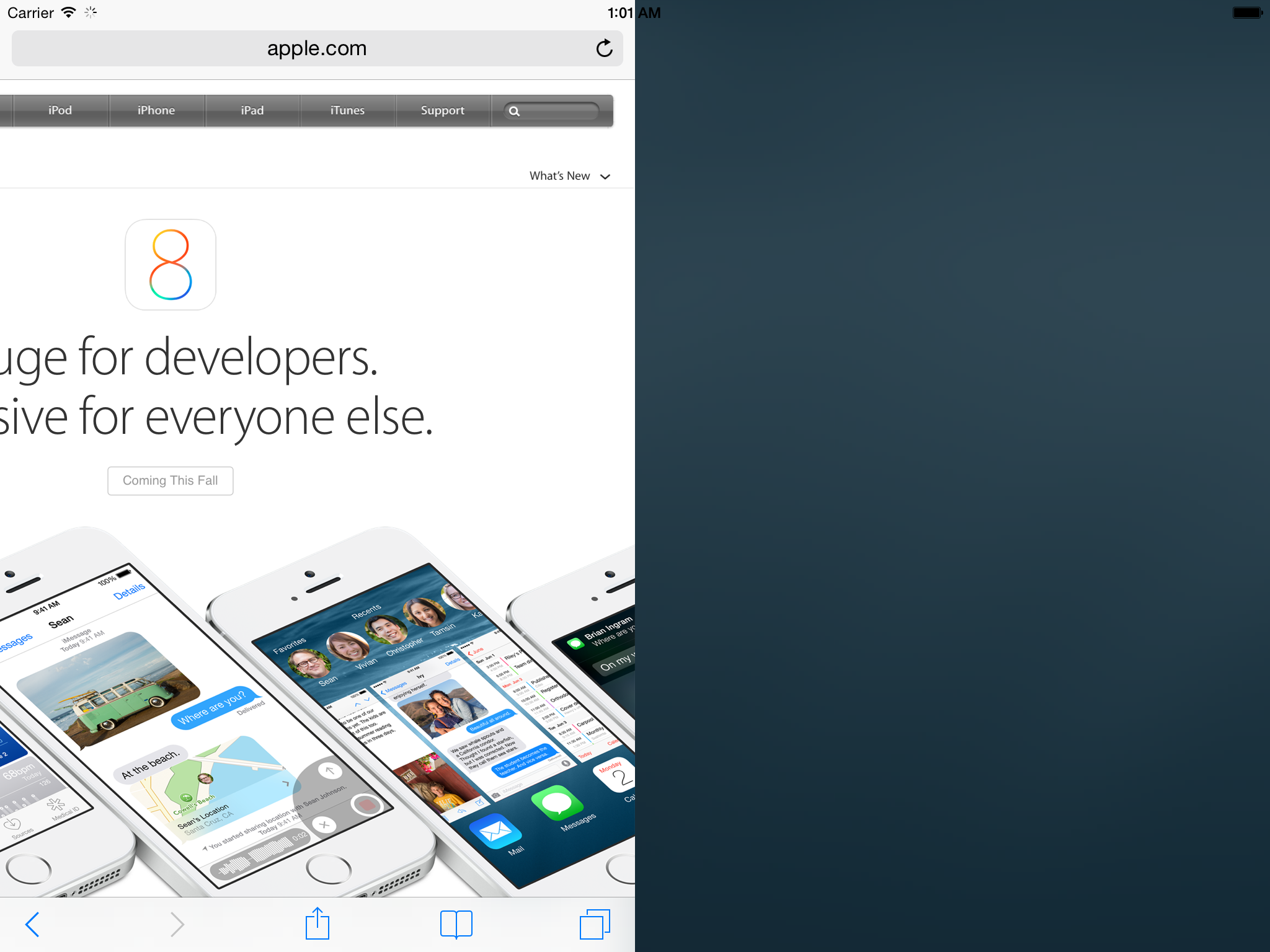 As we reported in May, Apple is working on a split-screen multitasking feature for iPad apps for a version of iOS 8. The feature, akin to the key productivity function on the Microsoft Surface, was not announced at WWDC last week, but code references to the feature have been found across the iOS 8 Software Development Kit.

Now, developer Steven Troughton-Smith has dug further into the upcoming split-screen multitasking feature and has hacked the iOS 8 iPad Simulator to make the function partially work. As can be seen  above, Safari is taking up half the display. The tweaking to the simulator is yet to completely unlock all functionality with two different apps running side by side, but this demonstrates that Apple has been definitely testing the feature internally.

Troughton-Smith has also put together a video showing the split-screen mode in action on the simulator. That video can be seen below:

END_OF_DOCUMENT_TOKEN_TO_BE_REPLACED

In the several months leading up to Apple’s 2014 Worldwide Developers Conference, we reported on several features on tap for iOS 8, the new iPhone, iPad, and iPod touch operating system, and OS X Yosemite. Many of the features we reported on were announced last week: improved messaging, revamped notifications, various user-interface enhancements, indoor mapping, iCloud improvements for end-users and developers, Shazam in Siri, Voice Memos improvements, the redesigned Mac interface, multi-resolution mode for Xcode app testing, and of course, health-tracking integration. But some of the reporting did not become official last week. Namely, the Healthbook name, various improvements to Apple’s controversial mapping software, and a split-screen iPad multitasking mode.

Let’s go through each feature one-by-one.

END_OF_DOCUMENT_TOKEN_TO_BE_REPLACED

Slightly ahead of the keynote later today, Apple has pushed some of its new APIs for developers into the open-source channels. The class in question is a new view that appears to replace the current iOS and OS X WebKit implementations, which enables apps to show webpages and other content inline.

The new framework seems to indicate a focus on cross-platform API compatibility, between iOS and OS X. The leaked framework seems to be fully feature-compatible across platforms. This differs to the situation today, where developers must use the ‘WebView’ class for OS X and ‘UIWebView’ for iOS. This should help developers write more reusable code.

END_OF_DOCUMENT_TOKEN_TO_BE_REPLACED 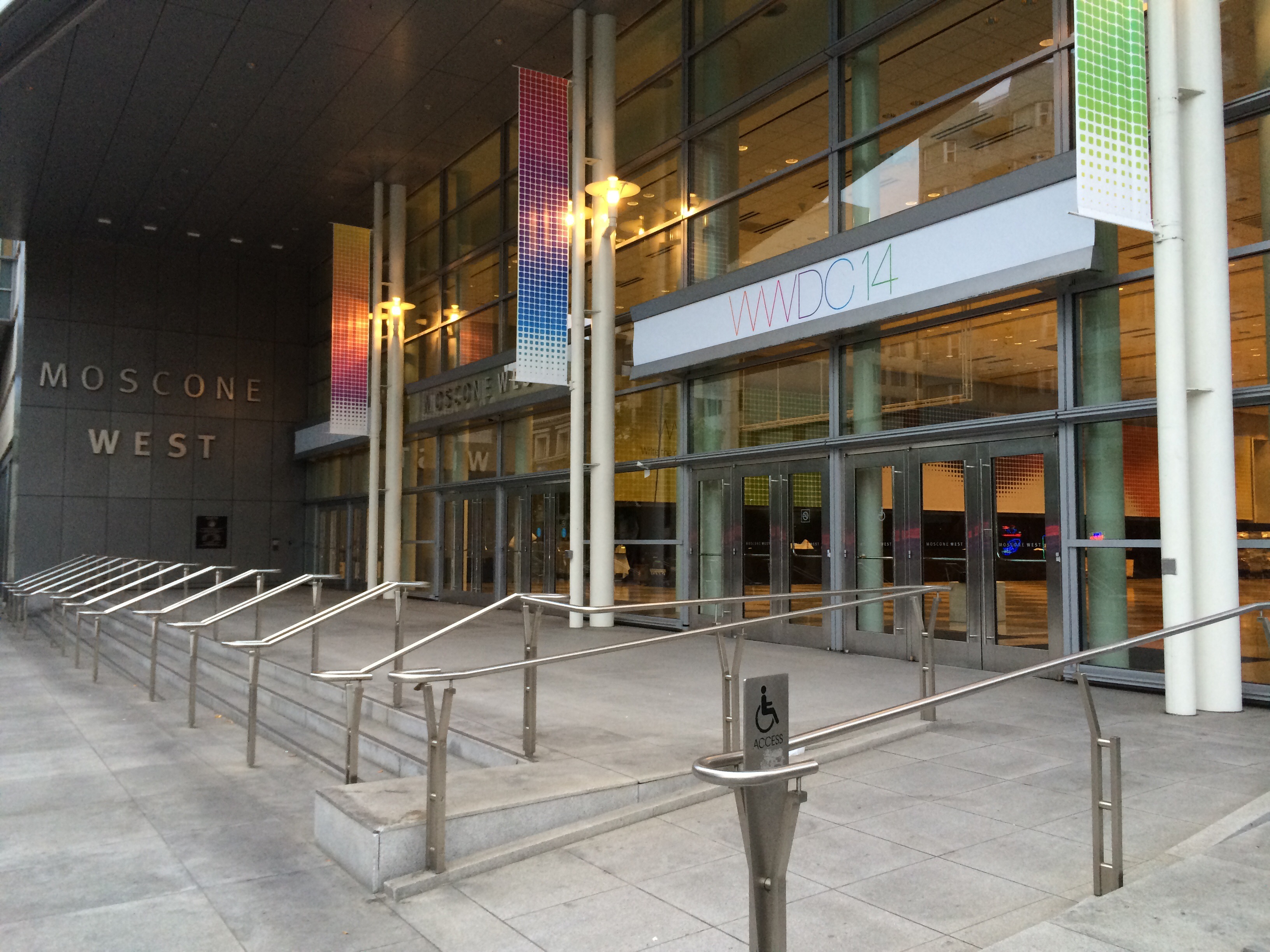 Despite Apple CEO Tim Cook teasing that Apple would introduce new products “across 2014,” so far this year the company has simply released a cheaper version of the iPhone 5c in select markets, marginally faster MacBook Airs, and the 2012 fourth-generation iPad at a lower price.

But on Monday, June 2nd, Apple will make major announcements that will indicate the immediate future of its two major platforms: iOS and OS X. The Cupertino company will share details behind the changes in iOS 8, a redesigned Mac operating system, and perhaps even new hardware.

Over the past several months, we have exclusively reported the majority of the news to expect next week and you can find our extensive roundup (along with new details) below: